Using archive footage, dramatic reenactment and interviews, this DVD details the last hours of River Phoenix’s life and the events that led to his tragic death in
the city of Los Angeles.

This compelling documentary series unlocks the psychological flaws and events that result in the tragic deaths of famed notorious and the iconic. Every episode maps out the final 24 hours of a different famous person’s life. The series weaves the star’s back-story with events from their last day, which lays bare the threads of fate that led inextricably from childhood to the moment of death. These are no ordinary biographies. They’re psychological detective stories attempting to uncover the mystery of why the celebrity died.

Academy-award nominee for Best Supporting Actor, River Phoenix’s work encompassed 24 films and television appearances, including the science fiction adventure film Explorers, the coming-of-age film Stand By Me, the action sequel Indiana Jones and the Last Crusade and the independent adult drama My Own Private Idaho. He appeared in diverse roles, making his first notable appearance in the 1986 film Stand by Me, a hugely popular coming-of-age film based on a novella by Stephen King. 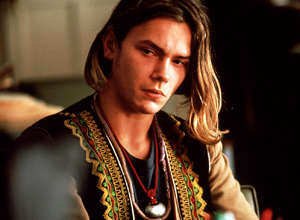 Phoenix made a transition into more adult-oriented roles with Running on Empty (1988), playing the son of fugitive parents in a well-received performance that earned him an Academy Award for Best Supporting Actor nomination, and My Own Private Idaho (1991), playing a gay hustler in search of his estranged mother. For his performance in the latter, Phoenix garnered enormous praise and won a Volpi Cup at the Venice Film Festival, along with Best Actor from the National Society of Film Critics. He was listed by John Willis as one of twelve promising new actors of 1986.

Although Phoenix’s movie career was generating most of the income for his family, it has been stated by close friends and relatives that his true passion was music. Phoenix was a singer, song writer and an accomplished guitarist. He had begun teaching himself guitar at the age of five and had stated in an interview for E! in 1988 that his family’s move to L.A. when he was nine was made so that he and his sister “… could become recording artists. I fell into commercials for financial reasons and acting became an attractive concept …”

Prior to securing an acting agent, Phoenix and his siblings had attempted to forge a career in music by playing cover songs on the streets of the Westwood district of LA. Phoenix disliked the idea of being a solo artist and relished collaboration; therefore he focused on putting together a band. Aleka’s Attic were formed in 1987 and the line up included his sister Rain. Phoenix was committed to gaining credibility by his own merit and so he maintained that the band would not use his name when securing performances that were not benefits for charitable organizations. Phoenix’s first release was “Across the Way”, co-written with band mate Josh McKay, which was released in 1989 on a benefit album for PETA titled Tame Yourself.

In 1991 River wrote and recorded a spoken word piece called “Curi Curi” for Milton Nascimento’s album TXAI. Also in 1991 the Aleka’s Attic track “Too Many Colors” was lent to the soundtrack of Gus Van Sant’s My Own Private Idaho a film which included Phoenix in a starring role. In 1996 the Aleka’s Attic track “Note to a Friend” was released on the 1996 benefit album In Defense of Animals; Volume II and featured Flea of Red Hot Chili Peppers on bass.

Phoenix had collaborated with friend John Frusciante after his first departure from Red Hot Chili Peppers and the songs “Height Down” and “Well I’ve Been” were released on Frusciante’s second solo album Smile from the Streets You Hold in 1997. The title track may also be an ode to Phoenix. Phoenix was an investor in the original House of Blues (founded by his good friend and Sneakers co-star Dan Aykroyd) in Cambridge, Massachusetts, which opened its doors to the public after serving a group of homeless people on Thanksgiving Day 1992.

Phoenix was a dedicated animal rights, environmental and political activist. He was a prominent spokesperson for PETA and won their Humanitarian award in 1992 for his fund-raising efforts. Also in 1990, for Earth Day, Phoenix wrote an environmental awareness essay targeted at his young fan base, which was printed in Seventeen magazine. He financially aided a slew of environmental and humanitarian organizations and bought 800 acres (320 ha) of endangered rainforest in Costa Rica.

At war with his own dark demons, on October 31, 1993, Phoenix collapsed and died of drug-induced heart failure on the sidewalk outside the West Hollywood nightclub The Viper Room. He was 23 yrs-old at the time of his death. Prior to his death, Phoenix had been in the middle of filming the currently unreleased Dark Blood (1993).

In 24 hours his darkness consumed him and he was dead. Using archive footage, dramatic reenactment and interviews with his closest friends, companions, this documentary details the last hours of River Phoenix’s life and the gripping events that led to his tragic death in L.A.