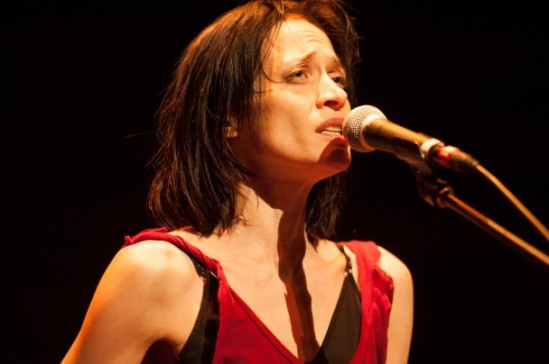 Fiona Apple McAfee Maggart is an American singer-songwriter and pianist. Her debut album, Tidal, was released in 1996 and received a Grammy Award for Best Female Rock Vocal Performance (with an additional six nominations) for the single “Criminal”. Subsequent albums include: When the Pawn (1999), Extraordinary Machine (2005), and The Idler Wheel (2012).

Fiona’s vocal range is contralto. Her musical style contains elements of jazz and alternative rock. Fiona cancelled a tour after her dog was diagnosed cancer. She wrote a letter to her fans apologizing for cancelling the tour that was published online. We love you Fiona.

About the incident during a concert in Portland, Ore

During a concert in Portland, Ore. on Thursday night, Fiona Apple was heckled by a fan toward the end of her set, and reportedly broke down while performing her final song.

According to Stereogum, Apple — who is touring with Blake Mills — was chided by the unnamed attendee (a woman) because of her appearance.

After close to 90 minutes of Apple and Mills trading off songs and, as they put it, “working sh-t out,” someone in the first balcony yelled out, “Fiona! Get healthy! We want to see you in 10 years!”

Apple, understandably, looked aghast, then hurt, then furious. She unleashed a torrent of vitriol at the unseen member of the peanut gallery. “I am healthy! Who the f-ck do you think you are? I want you to get the f-ck out of here. I want the house lights on so I watch you leave!”

That might have been the end of it — the house lights did come on, and the shouter did eventually depart — but the anonymous commenter decided to get one last shot in: “I saw you 20 years ago and you were beautiful!”

The balance of the evening was already a delicate one. The restraint of the audience at the Newmark Theater as they watched the manic glee of Fiona Apple in performance mode was palpable.

Yes, they laughed at her strange stage banter (after one particularly sexy duet with tour mate Blake Mills, she exclaimed, “See, Christians? You can still have a good time and keep your virginity without butt sex.”), cheered as she bent her body into all manner of uncomfortable looking shapes, and shouted the occasional word of encouragement and love. But they otherwise they kept mum out of respect or a simple fear that they could frighten the fragile 36-year-old away at any moment.

Then someone had to go and upend everything.

There was no coming back from that. Apple insisted she was done, spat her frustration into the microphone, and fought back tears. She pulled it together enough to perform an understandably intense version of “Waltz (Better Than Fine)” that she sang through sobs. But the wellspring of feelings burst forth again. She raged, empathized, apologized, and departed. Show over.

One point that Apple made as she attempted to maintain control was that the person who lit the fuse ostensibly meant well. And truth be told, the voice wasn’t alone in her feelings. I, too, worried over Apple’s health when she first appeared. She looked gaunt and wild-eyed. Between songs, she would walk around uncertainly, sometimes confused. Then she would make odd moves like bending backwards over her piano bench or flopping dramatically on the stage.

But once she settled behind a microphone and got swept away by Mills’ stellar guitar work, my worry melted away. Apple was in great voice throughout, stirring up the deep emotional core of songs like “Every Single Night,” “Left Alone,” and Conway Twitty’s “It’s Only Make Believe.” And it was obvious that she was delighting in presenting, as Mills put it, “familiar songs in an unfamiliar way.”

Backed by bassist Sebastian Steinberg and drummer Amy Wood, she and Mills added some notes of fury to “Regret,” and turned “Anything We Want” into a minimalist epic. Apple even seemed to relish in taking a supporting role as well, backing up Mills’ originals on piano or pounding on a field drum with her fist.

Apple looked happiest though when she could simply stand back and watch Mills play. Can’t say as I blame her on that front. The 27-year-old was a sight to behold, fluidly handling both lead and rhythm parts (occasionally at the same time) while also moving all over the fretboard to add some deliciously indelicate noise into the mix.

It’s a shame then that the show is going to forever be colored by its last awful 10 minutes. And considering that the Portland date was the first of a fall tour with Mills and company, there’s a slight concern that the experience will send Apple into hiding for a while. Or, at the very least, that this show will inspire her to skip Stumptown on her next round of promotional dates. Hopefully, the words she will remember most are the ones coming from members of the audience that urged her to not let one bastard get her down.

Like any meaningful relationship or a really good taco stand, music with true, long-lasting value has a tendency to hit you when least expected.

They are known for their rowdy, balls-to-the-wall live shows. We’ve seen them beat the hell out of their songs at Lollapalooza, Glastonbury, SXSW 2013, and  Jimmy Kimmel’s late night show. Now, their dynamic stage presence is the focus of their new music video for 180 standout “Rattlesnake Highway”.  Directed by Douglas Hart, the clip  intercuts with some outrageous archival footage of Pentecostal snake handlers., but mostly awesome live footage that makes you want to see Palma Violets in the flesh ASAP.

See Palma Violets up close and personal on their extensive fall/winter tour, including appearances at Treasure Island Music Festival and The Weezer Cruise. 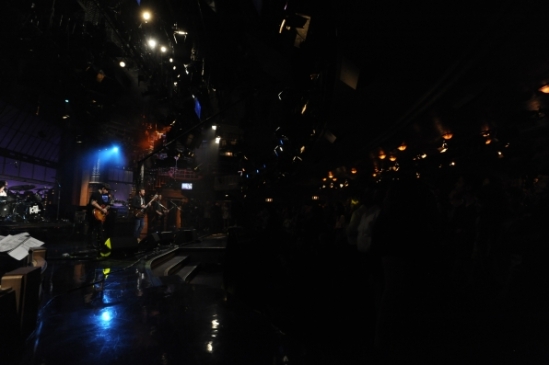 Among the best American rock bands, Kings of Leon continue to ride the Mechanical Bull, rolling into the Late Show With David Letterman last night for a full set as part of the “Live on Letterman” series. The rockers took the stage quietly and opened with “Supersoaker.”

The 45-minute set included a diverse collection of songs from the band’s catalog including “Wasted Time” and “Four Kicks” from Youth and Young Manhood and “Crawl” from Only By the Night, in addition to many from Mechanical Bull like the funky and rhythmic “Family Tree.”

In between songs lead singer Caleb Followill thanked the crowd in his soft-spoken drawl before launching into go-for-broke guitar riffs on songs like powerhouse rocker “Don’t Matter.” The bass-heavy “Closer” sparked cheers from fans with Matthew Followill taking the opportunity to impress the crowd by playing the guitar with his mouth on the strings.Caleb loosened up with the crowd toward the end of the set.

“I don’t want to be a dick, but it’s been a while since we’ve played these songs, and I’m going to feel really awkward if no one sings along,” he said. “And it’s OK if the boys sing too, we’ve all been drunk and know the feeling,” he continued before launching into “Sex on Fire.”

“Use Somebody” rounded out the set before the band thanked the crowd and left the stage.

Amazing show by The Kings!