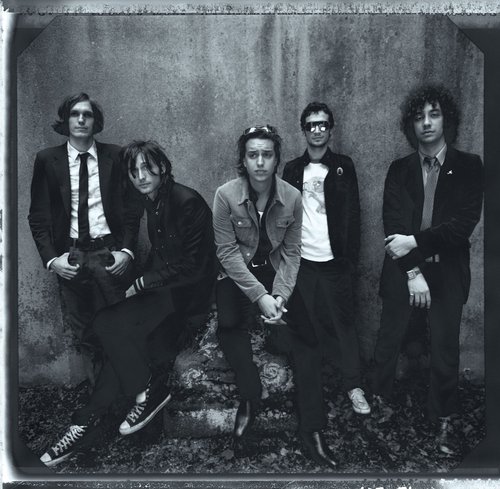 The Strokes have announced that they are working towards a “return to the scene” in 2014.

“Hey folks, while The Strokes are toiling and writing, looking at 2014 for a return to the scene, Albert Hammond Jr. has been busy on his solo EP…” it reads.

‘Comedown Machine’, The Strokes’ most recent album, was released in March this year (2013). The band’s bassist Nikolai Fraiture subsequently revealed that they have no plans to tour the record.

Albert Hammond Jr later added that there could be “10 more Strokes albums” in the future, however. “There might be times when we’re not doing things but I don’t feel like we’ll ever stop,” he said. “We’ve come to the point where we’ve been together so long and been through so much that why announce anything besides what we’re doing? We’re just together.”

Albert Hammond Jr released a new EP, titled ‘AHJ’, last week (October 8) on his bandmate Julian Casablancas’ Cult Records label. The follow-up to his 2006 debut LP ‘Yours To Keep’ and 2008 record ‘¿Cómo Te Llama?’, Hammond Jr said of the material: “It’s a combination of both previous recordings, which in turn makes it feel like it’s the best material that I’ve made so far.”

And you’ll be welcome back with open arms!