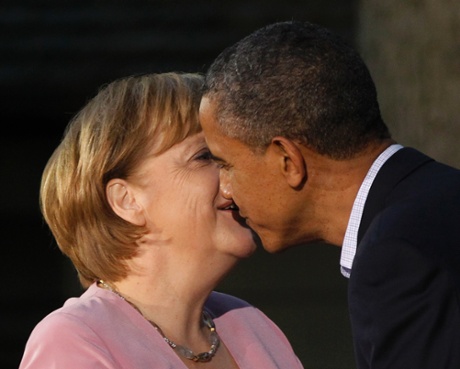 Early on May 2,  another “anti-terrorist operation” initiated by the illegal Ukrainian government resumed in Sloviansk, a Donetsk Oblast city of 125,000 people where its residents have staged daily protests against the fascist government backed by the West.   Most of the protesters are young people in their twenties, mostly Russian speakers who want more autonomy or allowed to become part of the Russian Federation. They have asked the government coup in Kiev to allowed them to have a referendum or to grant them more autonomy with no response from the interim government.  The pro-Russian activists are holding administrative buildings in more than a dozen other cities in Donetsk Oblast and in Luhansk. The “anti-terrorist operation” that aims to liberate the east by killing anyone who tries to stop the Kiev’s army and snipers from the neo-Nazi Right Sector.  The Kiev government is in violation of the Geneva agreement to de-escatate the situation reached by Ukraine, Russia, the European Union and the United States.  Today’s blood bath will be remembered as U.S. president Obama’s legacy.

May 2, 10:40 p.m. — A group of armed extremists attacked the soldiers of 95th aviation squadron of Ukrainian army in Andriyivka village near Sloviansk. As of 9:30 p.m. the fighting was on. Defense Ministry reports two soldiers killed.

At least 41 dead in clashes in Odessa

May 2, 10:20 p.m. — At least 41 people died in clashes between pro-Russian and pro-Ukrainian protesters in Odessa and another 123 were injured.

Four people were killed during the street clashes, while the rest were killed when the House of Union building was set on fire after pro-Russian protesters occupied it. Most of them died of smoke, several from jumping out of the windows, police said.

Another activist kidnapped in Horlivka

May 2, 21:35 p.m. — Basile d’Budic, a Georgian citizen and a pro-Ukrainian activist, was captured by a group of masked and armed men in Horlivka near the store at 44 Krasnoshapki Str, according to Svoboda party’s member Maja Kalnash. As she wrote on her Facebook page, d’Budic was pushed into the car and taken in the unknown direction. His whereabouts are unknown.

At least 41 anti-government activists died, dozens wounded including civilians,  in fire at Odessa’s Trade Unions House after suffocating with smoke or jumping out of windows of the burning building, Ukrainian Interior Ministry reported. The building was set ablaze by pro-Kiev’s thugs.

Some 50 people, including 10 police officers, were also injured in the incident, the official statement said. It was not immediately clear whether those injured in Friday street clashes in Odessa were included in those numbers.

According to the ministry, the Friday standoff on Odessa included “anti-Maidan” activists on one side and “football fans” from Odessa and Kharkov, as well as “euro-Maidan” activists, on the other. A criminal case on the charges of mass unrest has been opened.

Dead bodies of the people killed by orders of Kiev’s fascist government supported by the West.

The Trade Unions House was set on fire by pro-Kiev radicals after they surrounded and destroyed the tent camp of anti-government activists that stood in front of the building on Odessa’s Kulikovo Field Square. It was torched in a storming attempt after some of the anti-Maidan activists rallying in the square barricaded themselves inside the building.

Thirty of the victims were found on the floors of the building having apparently suffocated to death with smoke. Eight more died after jumping out of the burning Trade Union House’s windows, according to police.

Earlier reports of the clashes in Odessa said that both sides used Molotov cocktails and, allegedly, gunfire. Part of the pro-Maidan activists reportedly bore insignia of the radical Right Sector group.

A live video stream from inside the building showed disturbing scenes of supposedly dead bodies lying around the rooms with thick smoke in the air and blood stains on the floor.

Most of the bodies filmed had St. George ribbons attached to their clothes, distinguishing the victims as pro-Russian or anti-Kiev activists.

The person filming said he counted up to 25 dead bodies on the upper floors alone.

As the house was engulfed in flames, photos posted on Twitter showed people hanging out of windows and sitting on windowsills of several floors, possibly preparing to jump. Reports claimed that those who jumped and survived were surrounded and beaten by football ultras and the Right Sector. 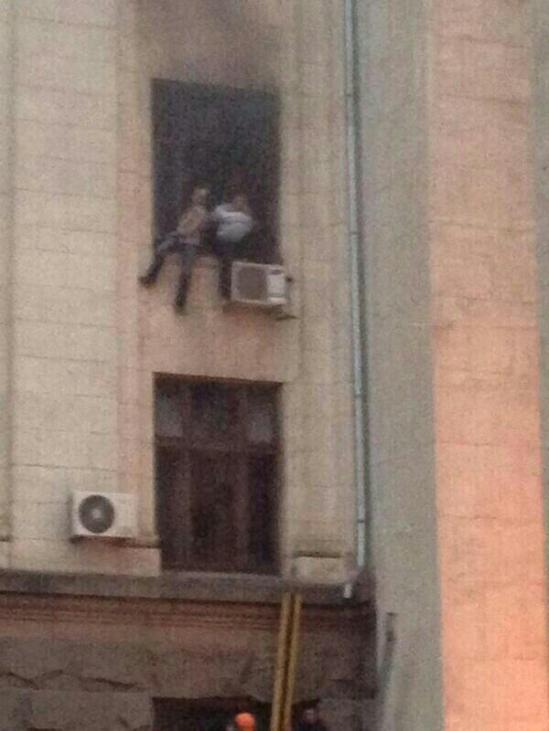 As people were dying in the burning building, some of the pro-Kiev activists jeered on Twitter that “Colorado beetles are being roasted up in Odessa,” using a derogatory term for pro-Russian activists wearing St. George’s ribbons. Few media outlets followed the developing situation, with thousands of people taking to live streams to see the events unfolding.

However, just as the first official death toll emerged, some Western media and leaders rushed to seemingly downplay the role of pro-Kiev activists in the incident and to blame their rivals instead.

“More than 41 people were killed in Odessa on Friday, most caught in a building set on fire by pro-Kiev radicals after pro-Russian activists and supporters of Ukrainian unity fought running battles across the southern port city,” Reuters wrote.

“Horrible with at least 41 dead in Odessa. is blamed on the young pro-Russian activists to get control of buildings. “

Damon Albarn takes a rare look inwards in his most reflective, traditional songwriting since the Blur era.

FOR ONE OF ROCK’S MOST famous figures, and, with Noel and Liam, the classic face of ’90s Britpop, Damon Albarn still remains something of a puzzle. Such an extraordinary life, such a wealth of musical adventures, yet so many facets of the man have often felt veiled. His music, though stamped with his personality, has rarely dealt directly with the detail of his emotional life – though when he has diarised traumatic personal events, notably on Blur’s No Distance Left To Run, written in 1998 about the end of his relationship with Elastica’s Justine Frischmann, the results have possessed extraordinary power.

Albarn’s decision to retreat, post-Blur, from a life lived in the public gaze and to launch Gorillaz as a ‘cartoon group’ in 2001, behind which he could enjoy a protective semi-anonymity while still selling millions of records, has done little to bring the ‘real’ Damon any closer. Nor has his torrent of millennial side-adventures, exploring interesting musical avenues and fusions – the self-explanatory Mali Music (2002); The Good The Bad And The Queen album (2006); the soundtrack for the Chinese opera Monkey: Journey To The West (2011); the DRC-inspired Kinshasa One Two (2011); his Afro-beat/white funk jam Rocket Juice And The Moon(2012); the Dr Dee stage musical (2013); his Africa Express tour – but giving little of himself away.

Albarn, it seems, has been so busy investigating the world outside himself that he’s neglected – or maybe simply postponed – looking inwards. Until now, that is. But Everyday Robots is not quite what you’d expect, or even perhaps want, from a Damon solo record. It probably won’t tell you too much about him that you hadn’t guessed already. But it is rather good.

The cover of Everyday Robots shows the artist in desert boots and green mod parka, seated on a stool, head bowed, looking forlorn. It is, wittingly or not, the antithesis of Modern Life Is Rubbish’s cocky, faux-yob iconography. Its dour mood of reflective middle-aged melancholia isn’t something an initial foray into the album will dispel. The over-riding first impression is of quiet, tick-tock percussion, minimal thud-thud bass, tinkling piano, mournful strings and, high in the mix, Albarn’s wistful tenor unfolding another slow, hazy rumination on something yet to be fully understood by the listener. Only the joyful gospel lilt of Mr Tembo – a story about a baby elephant Albarn met in Africa – sticks out from the glassine mist. That, and last track Seven Seas Of Love, an unlikely ‘80s pop throwback that sounds a little like an acoustic Heaven 17 covering The Monkees’ Daydream Believer.

What’s abundantly clear is that Everyday Robots has no intention of coming to you; instead, its songs gently insist that you come to them. And patience and perseverance is bountifully rewarded.