Not long after 2010’s Handwritten reached the Top Five in the U.S., U.K. and Canada, the Gaslight Anthem returned to the studio intent on progressing, attempting to shake up their now successful sound. The resulting album, Get Hurt, will be released August 19th on Island Records, and here you can listen to its slow-building lead single, also titled “Get Hurt.”

“With Get Hurt we wanted to see where else we could go with the band,” frontman Brian Fallon tells Rolling Stone. “We thought it was time to change things up a bit. The song itself is similar to the feeling of a wreck you see coming, but long past the point you can avoid it.”

Earlier in the year, Fallon spoke more about the inspiration behind the new LP: “For this record, I went back and studied any band that had changed: the Stones, the Beatles, U2, Frank Zappa, Pink Floyd, all those bands. I was looking at any band that was one thing and then became something else. How did they do it? Did they do it overnight, or did they do it in stages? I wanted to figure out how far you can go without pissing people off.”

THE GASLIGHT ANTHEM – ‘GET HURT’ [AUDIO] 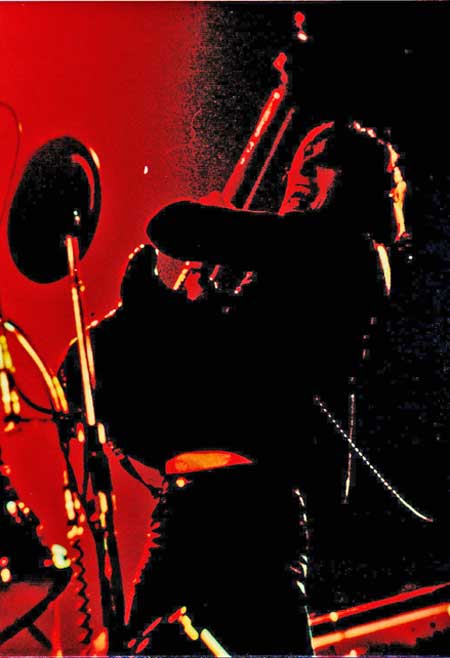 Pink Floyd is about to return with their first album in 20 years. Polly Samson, the wife of singer-guitarist David Gilmour, surprised fans on Saturday when she casually announced over Twitter that the band has a new record in the works and it’s coming out this fall. A representative for Gilmour confirmed the release of the album.

“Pink Floyd album out in October is called ‘The Endless River,'” Samson wrote. “Based on 1994 sessions is Rick Wright’s swansong and very beautiful.” (Keyboardist and founding member Wright died of cancer in 2008 at the age of 65.)

The band had just celebrated the 20th anniversary of 1994’s The Division Bell with an extravagant reissue of the album on July 1st. The new material appears to be connected to unreleased recordings made during the Division Bell sessions.

Durga McBroom-Hudson, a singer who toured with Pink Floyd in the 1980s and 1990s and is apparently involved in the new project, offered more details on The Endless River through her Facebook page. “The recording did start during The Division Bell sessions (and yes, it was the side project originally titled ‘The Big Spliff’ that Nick Mason spoke about),” she explained. “Which is why there are Richard Wright tracks on it. But David and Nick have gone in and done a lot more since then. It was originally to be a completely instrumental recording, but I came in last December and sang on a few tracks. David then expanded on my backing vocals and has done a lead on at least one of them. That’s the song you see being worked on in the photo.” She went on to emphasize that the new album will consist entirely of unreleased songs.

45 YEARS AGO on Tuesday this week, Brian Jones – the man who first made the Stones roll – was found dead in his swimming pool at the age of 27.

He’s often remembered as a tragic figure who flew too close to the sun, but what about Brian Jones the musician and the blues devotee? The following 15 clips plot a path through the early years of the band and examine the scene that spawned them. Despite his gradual alienation from the Stones’ creative nexus, Jones played a pivotal role in that formative period, aligning the group with the American blues pioneers they considered their heroes. More than anything, these videos show just how fast The Rolling Stones were moving in those days.

Watch Alexis Komer – I Wanna Put a Tiger In Your Tank

Brian Jones – Gone But Not Forgotten