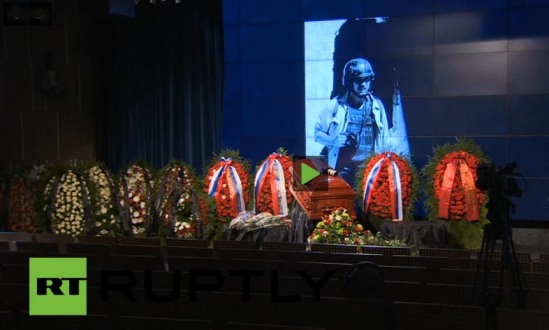 In Memoriam of Andrey Stenin

Do Not Stand By My Grave And Weep

Do not stand at my grave and weep

I am not there; I do not sleep.

I am a thousand winds that blow,

I am the diamond glints on snow,

I am the sun on ripened grain,

I am the gentle autumn rain.

When you awaken in the morning’s hush

I am the swift uplifting rush

Of quiet birds in circled flight.

I am the soft stars that shine at night.

Do not stand at my grave and cry,

I am not there; I did not die. 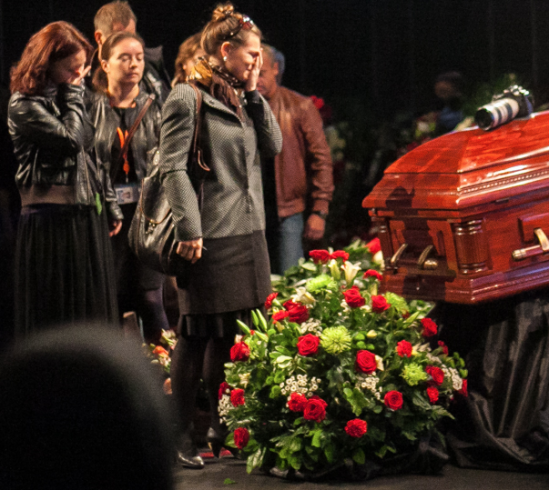 Hundreds of mourners paid their last respects to slain photojournalist Andrey Stenin on Friday. The two-hour memorial service was held at the offices of news agency Rossiya Segodnya, formerly RIA Novosti, which employed the photographer. The remains of Stenin, who was killed in eastern Ukraine, were found in the Donetsk region two weeks ago but were only identified through DNA testing on Wednesday. 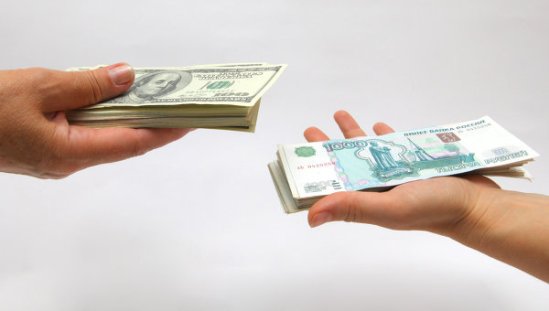 Russian economist is sure that economic sanctions against Russian are not absolute and most of American companies continue their work.

MOSCOW, September 8 (RIA Novosti) – American companies see Russia as a prospective and rich market and none of big players have left the country so far despite the recently introduced sanctions, the president of the US-Russia Chamber of Commerce said on Monday.

“None of the big companies have left yet, or are going to leave, they hope for a quick resolution to the crisis and expect to go back to the good old times,” Alexis Rodzianko said at the World Russia Forum 2014.

Rodzianko said the activity of US companies has not changed much after the economic crisis of 2008 and the current situation is the biggest test for them.

“[Sanctions] are not absolute. There has been no order for them to leave Russia… but they make their business more expensive,” he said. “The sanctions from the US and EU – none of my companies like them. They are not aimed to please businesses, they aim to complicate the work of businesses here, to harm the Russian economy,” he added.

“Our duty is to ensure [that] they continue working,” he said.

The United States and the European Union have been introducing sanctions against Moscow since Crimea’s reunification with Russia in March, which the West considers illegal, and Russia claims to be fully legitimate. 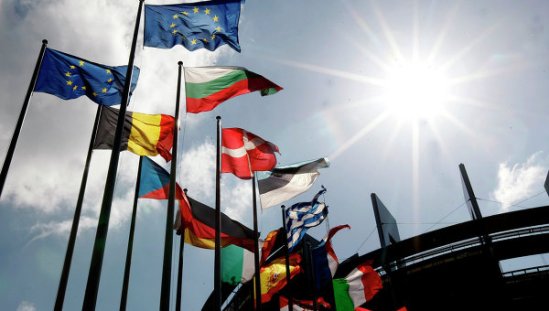 The European Union has delayed the implementation of a new round of sanctions against Russia pending talks on their possible suspension if the current ceasefire in eastern Ukraine holds.

MOSCOW, September 8 (RIA Novosti) – The European Union has delayed the implementation of a new round of sanctions against Russia pending talks on their possible suspension if the current ceasefire in eastern Ukraine holds, Reuters reported Monday.

According to Reuters, EU envoys are due to meet later on Monday in Brussels to decide “whether the sanctions should be first implemented and then suspended or whether they should not be implemented at all at this stage.”

Reuters has earlier reported that the EU agreed in principle last week a new set of sanctions against Russia over its alleged role in the Ukrainian crisis.

The new sanctions list reportedly includes Russia’s Rosneft, Gazpromneft and Transneft energy firms, as well as state-run companies with a turnover of more than $27 billion annually.

On September 5, the representatives of Kiev and the self-proclaimed republics of Luhansk and Donetsk agreed to a ceasefire at the meeting of the Contact Group on Ukrainian reconciliation in Minsk.

On September 7, European Council President Herman Van Rompuy said the European Union is ready to review new possible sanctions if a truce between the Kiev government and independence fighters in southeastern Ukraine holds.