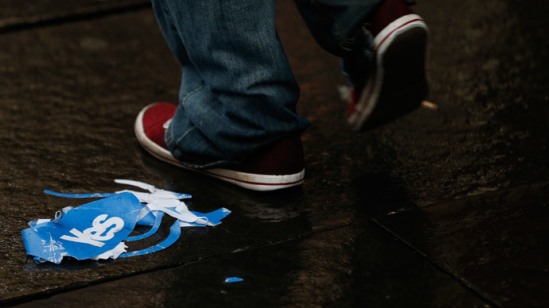 Voters in Scotland chose to stay within the United Kingdom on Thursday night, following an intense campaign which almost saw the country become an independent state.

And while thousands of Scots voted – many for the first time – to break from the union, their hopes were dashed when the ‘No’ campaign pipped them to the post. 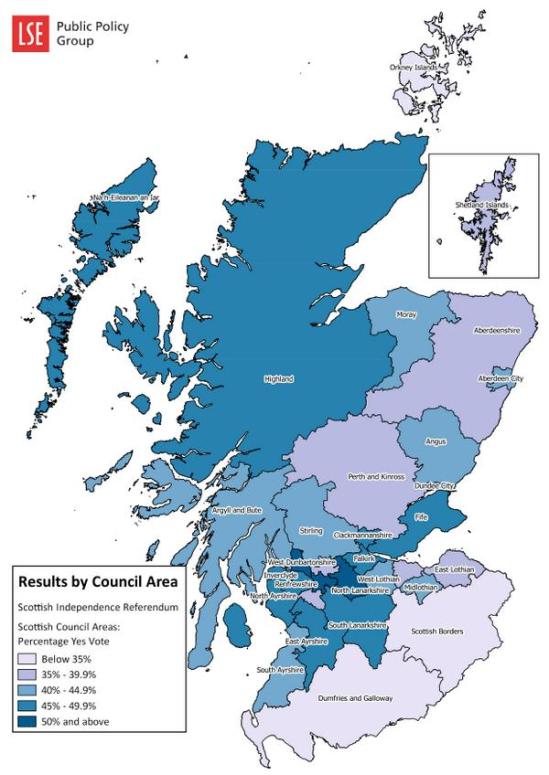 Here’s our map showing the #indyref results for each Scottish local authority, put together by @CullinaneCarl
4:46 AM – 19 Sep 2014

The outcome of the vote upset many who spent weeks campaigning for Scotland’s’ independent future, and they expressed their disappointment on social media:

Marc: If its a No vote I will be so ashamed and embarrassed to live in a country where people chose fear over hope #indyref #ScotsDecide
8:09 PM – 18 Sep 2014

Barry Dwyer: Scotland! The SNP tried, but U blew the chance to rid yourselves of Tories, Monarchy, Imperialism, & Westminster elite forever – try again!

In Glasgow- the city that overwhelmingly voted ‘Yes’, voters took to the streets and celebrated despite it all.

“Shove the union up your a**e” they chanted.

‘Shove your union up your arse!’ Yes supporters on indyref results

Some Scottish nationalists even went as far as to say the referendum was rigged:

Published on Sep 18, 2014
http://www.undergroundworldnews.com
There is damning evidence that shows that this vote is a fraud. Just from the video and the pictures alone, we can see errors! Can you imagine how much is wrong? This is the Best Video proof you will also ever get showing the votes were changed to NO on purpose!

While others suspected that the secret service was behind the ‘No’ victory:

Robert Ryan: RT @meljomur: My friend who worked in MI5, did tell me back in June, that there was no way in hell the Establishment would let Scotland go.
9:00 PM – 18 Sep 2014