Your soldiers run
To cauterize the victims pain, this evil has a name
Hell behind the sun
You consecrate the blame, evil has name

Promise, not for keeping
Conscience, out of mind
We drift through life believing you’re a fake
Smile, gracious waving
Wave back, cheer and kill

Go running through the fields of death
and your own people mass graves
You got your conscience, to walk you through 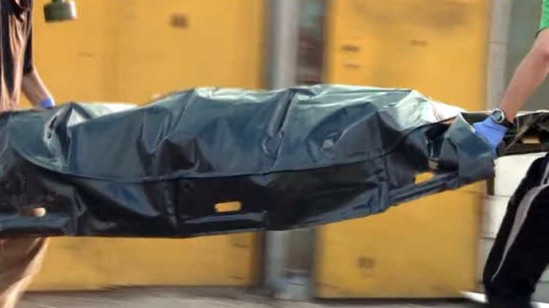 Galina was waiting for him to be exchanged and brought home, but he never returned to his mother.

“No one exchanged anybody for anybody. They just shot them dead here outside the village and threw them into the ground… like dogs,” she added, sobbing.

According to Konstantin Gerasimenko, chief medical examiner, “all four victims – they are all male – have multiple gunshot wounds to head and body.”

“Their hands were taped behind their backs. Some of them were only in their underwear,” he said.

Initially the grave looked like a mound, with five names written on a plaque on top of it, all in Russian. The officials were not able to reach the area as it was mined. They have only started the exhumation now.

One of those who took part in the exhumation told RT that they have found five bodies, which have already started decomposing.

The plaque on top of the grave had four names on it, and a space for a fifth name, which was blank, with only a number there.

All four names had the victims’ dates of birth and death. The dates of death were all the same – August 27. An inscription on the plague reads: “Died for Putin’s lies.”