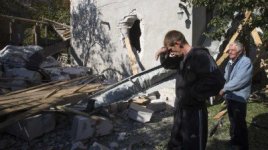 Kiev doesn’t have full control of its military and paramilitary forces, who continue to violate the principles of international humanitarian law, highlights the latest UN report on the human rights situation in Ukraine.

The UN has stated that at least 3,660 people have been killed in eastern Ukraine since April – including 330 since the ceasefire brokered on Sept. 5.

A total of 8,756 people have been wounded since April, the office of the UN High Commissioner for Human Rights said.

The UN statement notes in particular that, despite the ceasefire, “in some areas artillery, tank and small arms exchanges have continued on an almost daily basis, such as in Donetsk airport, in the Debaltseve area in Donetsk region, and in the town of Shchastya in Luhansk region.”

“While the ceasefire is a very welcome step towards ending the fighting in eastern Ukraine, I call on all parties to genuinely respect and uphold it, and to halt the attacks on civilians and civilian infrastructure once and for all,” Zeid said in the report.

“For almost half a year, residents of the areas affected by the armed conflict have been deprived of their fundamental rights to education, to adequate healthcare, to housing and to opportunities to earn a living. Further prolongation of this crisis will make the situation untenable for the millions of people whose daily lives have been seriously disrupted,” he added. 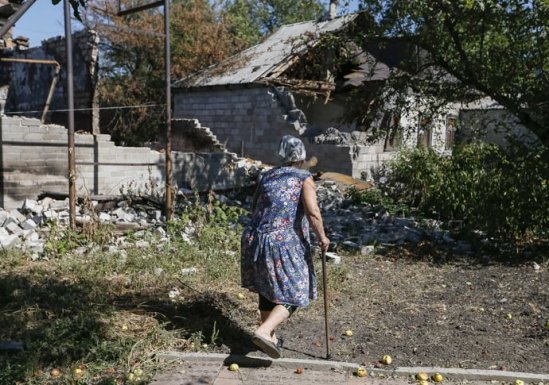 A local woman passes by near her residence which was damaged during fighting between the Ukrainian army and pro-Russian separatists, in Pervomayskoe near Donetsk September 6, 2014. (Reuters/Gleb Garanich)

A local woman passes by near her residence which was damaged during fighting between the Ukrainian army and pro-Russian separatists, in Pervomayskoe near Donetsk September 6, 2014. (Reuters/Gleb Garanich)

The 37-page report covers the period from August 18 to September 16 and contains testimonial evidence of cases of violation on behalf of Ukrainian military units.

“During the reporting period, international humanitarian law, including the principles of military necessity, distinction, proportionality and precaution continued to be violated by armed groups and some units and volunteer battalions under the control of the Ukrainian armed forces,” the report reads.

Specific evidence of “beatings, poor nutrition and lack of medical assistance” are also mentioned in the report, RIA reports. The UN expressed special concern over the “enforced disappearances, arbitrary detention and ill-treatment allegedly perpetrated by members of the volunteer battalions,” in particular Aydar, Dnepr-1, Kiev-1 and Kiev-2.

“In spite of a fragile ceasefire over the past month in the east of Ukraine, the protracted conflict continues to kill and wound civilians, and deprive the more than 5 million residents in areas directly affected by the violence of their basic human rights,” Zeid said. 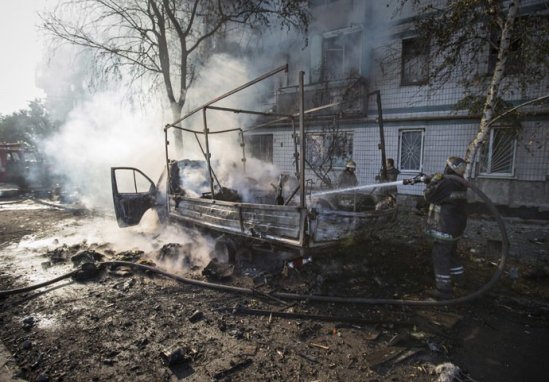 The UN in its report urges the Ukrainian authorities to exercise greater control over their own army and groups of armed volunteers, as since the beginning of the so-called “anti-terrorist” operation on August 25 according to the Ukrainian Security Service, over 1,000 people have been detained on suspicion of being “militants and subversives.”

The report also highlights that the civilian population is suffering, in particular, because of the bombing of densely populated neighborhoods with heavy artillery. “Some of the reported cases of disproportionate use of fire in residential areas are committed by Ukrainian armed forces,” stated the document.

“After the announcement of the ceasefire on September 5, the scope and intensity of military operations decreased sharply, but not completely,” the document says, adding that civilians “continue to fall under the cross-fire and cross-bombing.”

The UN also reported an increase of “foreign mercenaries” in the ranks of the armed forces of self-proclaimed Donetsk and Lugansk People’s republics, “including citizens of Russia.”

Meanwhile the issue of mass graves recently found near Donetsk was not reflected in the document, TASS reports, as they were discovered outside the period under review and formally not subject to consideration by the rights monitoring mission of the Office of the UN High Commissioner for Human Rights (OHCHR).