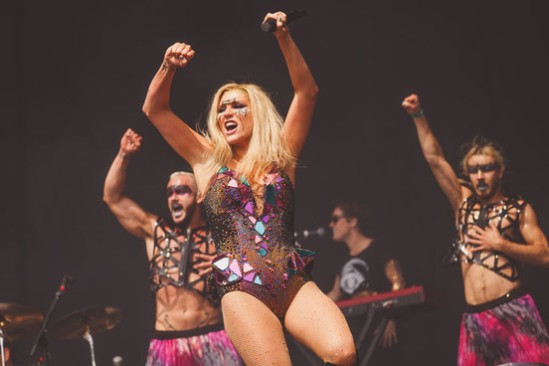 Kesha is suing producer Dr Luke for emotional abuse and sexual assault.The pop singer filed the lawsuit today (October 14) and is looking to be freed from her contract with the producer, reports Billboard. Kesha’s lawyer, Mark Geragos, told Billboard: “This lawsuit is a wholehearted effort by Kesha to regain control of her music career and her personal freedom after suffering for ten years as a victim of mental manipulation, emotional abuse and sexual assault at the hands of Dr. Luke. The facts presented in our lawsuit paint a picture of a man who is controlling and willing to commit horrible acts of abuse in an attempt to intimidate an impressionable, talented, young female artist into submission for his personal gain. Kesha is focused on moving her life and her career beyond this terrible time.”
Dr Luke has responded by filing a lawsuit of his own, claiming that the singer has fabricated her claims in order to be released from her contract with him.TMZ reports that Kesha claims in her suit that Dr Luke – who she signed with at the age of 18 – made her snort something before getting on a plane “and during the trip he forced himself on her while she was drugged”. She also alleges that she was given something Dr Luke called “sober pills” before waking up the next day “naked in Dr Luke’s bed, sore, sick… and with no memory of how she got there.”