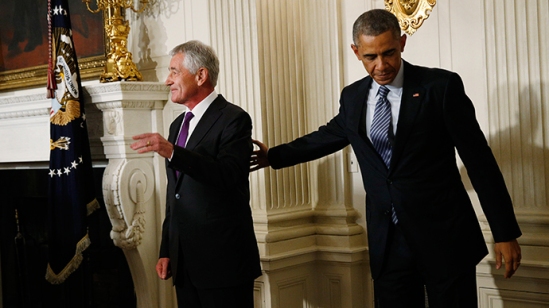 Regardless who is the US Secretary of Defense, there will always be Washington’s basic policy strategy around the desire to control the whole map and use the military to shape the entire world, anti-war activist Eugene Puryear, told RT. 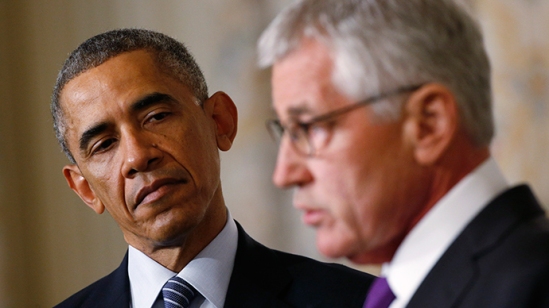 RT: You’ve seen this machine at work from the inside. What do you think is behind Chuck Hagel’s resignation?

Matthew Hoh:I think, of course, there is much more to this story than simply “Chuck Hagel no longer worked well with the administration.” I think you could tell by how quickly and how viciously the White House anonymously attacked Chuck Hagel as soon he announced his resignation. There were a lot of personal attacks against Hagel: he didn’t have leadership, he couldn’t do the job, he wasn’t up to the task, and I think any time you see the administration or the White House so quickly denouncing somebody, you know automatically there is another story to this. And what I believe to be case is that Chuck Hagel does not agree with the Obama Administration involving American troops in the middle of the Iraqi and the Syrian civil wars. And he is in disagreement with the American re-escalation of the war in Afghanistan that was just announced this past weekend.

RT: Judging by yesterday’s warm hugs between Obama and Hagel, the personal relationship between the two is quite friendly. How sincere were those smiles and handshakes?

MH: It’s Washington DC; it’s the Hollywood of politics. So, absolutely. I think may be in earlier time it could be described there is how cordial relations were among politicians, among elected leaders, among our senior people. But now it’s just as you described – it was a show.

RT: Recently Chuck Hagel became quite critical of the administration’s policy in Syria and Iraq. Do you think this made him an outcast in the White House?

MH: I think for the administration not to expect Secretary Hagel to be vocal or to speak up would have been be a very big mistake for them in their understanding of Secretary Chuck Hagel. Chuck Hagel earned the national reputation in the United States about 10 years ago or so for going against the Iraqi war. Chuck Hagel is a republican and member of President George Bush’s party and he very famously went against the Iraq war. So for the Obama Administration to have thought that Chuck Hagel was pliable, someone who was just going to go along with whatever decision they made and not to offer disagreements whether in private or in public, I think that was a huge mistake on their part. And so I think as I said as the story unfolds and as we get more perspectives on it, we’ll see the level of disagreement that was within the administration, within Obama’s Cabinet between Secretary Hagel and more hawkish members.

RT: Chuck Hagel is known for his anti-militaristic approach to U.S. foreign policy. Now that he’s going does it mean the Pentagon will become more aggressive?

MH: I think, unfortunately, the administration has bowed to pressure from both within the administration, from those in the administration who are beholding to a pro-intervention or a “military-first” policy as well as to very hawkish or warmongering senators on Capitol Hill. So I think the Obama Administration has made a commitment to expand America’s role in the Iraqi and Syrian civil wars. I think that is a cycle that will only worsen and deepen. Case in point – Afghanistan – where the United States escalated the war in 2009.Five years later, there is no end in sight for the war, the Afghan people continue to suffer, the government remains incredibly corrupt, the Taliban are stronger and the drug trade is the only industry in the country. I think what’s happening with American re-escalation of the war – sending American troops back into combat – is that President Obama is bowing to pressure, feeling stoned by abusing criticism that he is not tough enough. He is recommitting American troops to the war in Afghanistan, so that he cannot be criticized for ending the war prematurely. [But] they have been there for 13 years and that war, according to polls it has an 83 percent unfavorability rating in the United States, and is most unpopular war in American history, even more unpopular than the wars in Iraq or Vietnam. 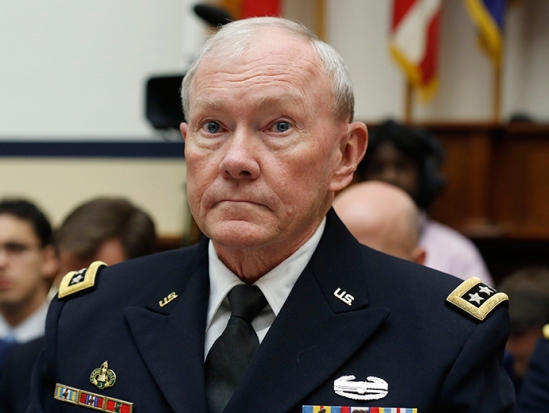 The statements, views and opinions expressed in this column are solely those of the author and do not necessarily represent those of UH.