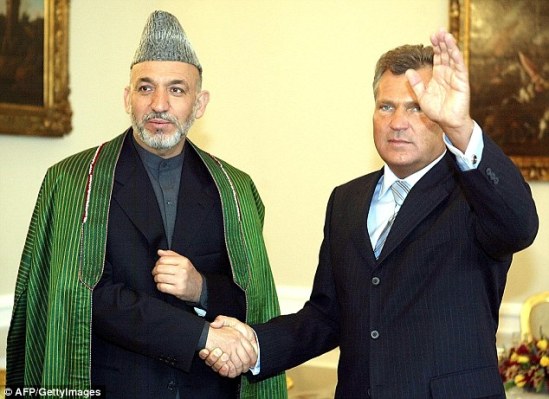 The heavily redacted report did not mention Poland by name, but documents relating to the site match other reports that identify them as originating in the Eastern European nation. Among these documents is European Court of Human Rights ruling relating to a CIA-run ‘black site’ in Poland.

The U.S. Senate Committee’s torture report has claimed Poland initially objected to the CIA’s secret prison on its soil but became ‘flexible’ after being bought off with a large sum of money.

After denying the fact for years, former Polish president Aleksander Kwasniewski today admitted that Poland had granted the CIA permission to run the secret prison, but insisted his officials had not authorized illegal treatment or torture of its inmates.

This morning former Polish president Kwasniewski admitted that the prison existed, but insisted that the secret operation was halted amid pressure from the country’s leaders.

The prison is thought to have operated from December 2002 until autumn 2003. Kwasniewski was in power from 1995 until 2005, but has always denied the site’s existence until now. 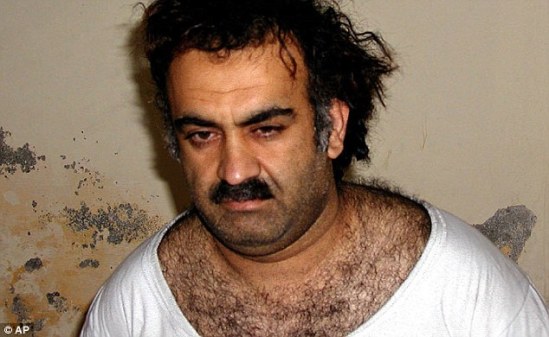 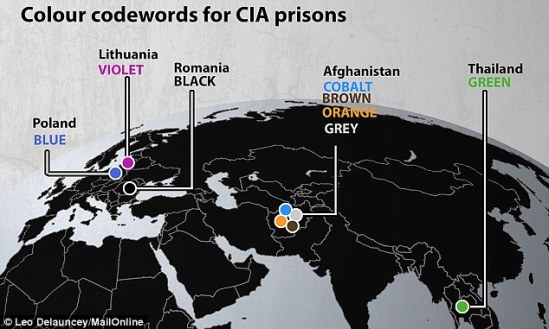 Global: At its height, the CIA program included secret prisons in countries including Poland, Afghanistan, Thailand, Romania and Lithuania – locations that are referred to only by color-themed codes in the report

According to a ruling by the Strasbourg-based European Court of Human Rights  the CIA operated a facility near the village of Stare Kiejkuty in north east Poland.

It is one of a network of sites around the world where Al Qaeda suspects were held and subjected to interrogation techniques that human rights groups say amounted to torture.

The CIA torture report, which was published yesterday by the Senate Select Committee on Intelligence, described how seriously the rendition programme strained relations with Poland – a North Atlantic Treaty Organization member and one of Washington’s staunchest European allies.

People close to the Polish authorities at the time say Poland felt an obligation to protect its relationship with Washington, even as it knew hosting the facility was open to legal challenge.

‘The agreement to host a CIA detention facility in Country created multiple, ongoing difficulties between Country and the CIA,’ the report said. All direct mentions of the name of the country were blacked out, but other details matched those already known to relate to the East European country. 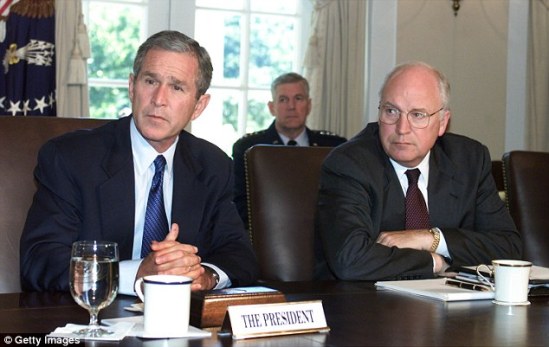 Divisions: Polish officials were also said to be disappointed not to have been given more warning of the 2006 acknowledgement of the detention programme by then U.S. President George W Bush (left)

The CIA torture report said the Poland proposed drawing up a written memorandum of understanding defining the CIA’s roles and responsibilities at the facility, but the agency refused.

The torture report claims that decision was only reversed after the U.S. ambassador to Poland intervened on the CIA’s behalf. The following month, the CIA allegedly provided several million dollars to the country. The exact figure was deliberately blacked out on the document.

The report did not name the representative who intervened, although the American ambassador to Poland at the time was Christopher Hill. A woman who answered the telephone in his office at the University of Denver, where he now works, said he was not immediately reachable.

After the money changed hands, officials speaking for the country’s political leadership indicated Poland ‘was now flexible with regard to the number of CIA detainees at the facility and when the facility would eventually be closed,’according to the report.

Years later, Polish officials became ‘extremely upset’ when details of the detention programme began to emerge from U.S. government sources, the report claimed. The officials were also said to be disappointed not to have been warned of George Bush’s admission of the programme in 2006. 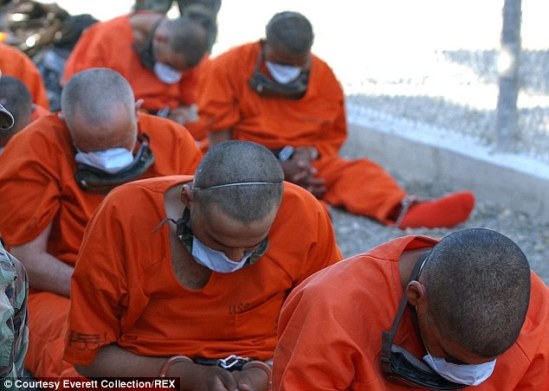 Controversy: Chained detainees are seen arriving at Camp X-Ray on Guantanamo Bay ahead of interrogation about their suspected involvement with terrorist groups including Al Qaeda or the Taliban

The Polish constitution states that no one can be subjected to torture, or cruel, inhumane or degrading treatment.

Bodnar said the diplomatic tensions outlined in the report explains why Obama telephoned the Polish Prime Minister on the eve of the report’s publication.

The two leaders ‘expressed hope that the publication of this report will not have a negative effect on Polish-U.S. relations,’ according to a statement from the Polish prime minister’s office.

Senior U.S. administration officials confirmed the subject of the Senate report came up during Obama’s call with Kopacz.