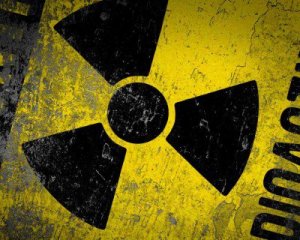 What Ukraine needs most of all. Other than ending its dirty war on Donbass. Rapprochement with Russia. Serving its people responsibly. Kiev governance is polar opposite.

Ukraine needs tens of billions of dollars in financial aid to avoid bankruptcy. Impossible if used largely to service debt. Wage war on Donbass. Do nothing to stimulate economic growth.

“…(A) $15bn shortfall” was identified. Western governments need to fill the gap “within weeks to avoid financial collapse.”

At a time of ongoing civil war. Resources used to wage it. Irresponsible governance.

Senior Western officials expressed little support for pouring additional billions of dollars down a black hole. At a time their economies are shaky at best.

According to the FT:

“People briefed on the IMF warning said the fiscal gap has opened up because of a 7 per cent contraction in Ukraine’s gross domestic product and a collapse in exports to Russia, the country’s biggest trading partner, leading to massive capital outflows and a rundown in central bank reserves.”

Breakaway Donbass areas accounted for nearly 16% of Ukraine’s economy. Without billions of dollars in aid, Ukraine has two choices:

Massively cut spending. Default on debt service. Or both. IMF rules require recipient countries meet their financial obligations over the next 12 months.

Challenging Russia may come back to bite him. Ukraine a black hole of trouble. Running out of money.

About half the country’s coal mines aren’t operating. Miners walked out. Left to protect their families and homes.

Dumping “highly radioactive water into the Pacific Ocean constitutes a potential trigger to a process of global radioactive contamination.”

Imagine if multiple Ukrainian reactors melt down like Fukushima. Eurasia would be affected. Maybe planet earth.

US-led NATO created potential catastrophe. Top priority is addressing it in time. So far it’s ignored. The worst of outcomes may follow.

There is apparently even less appetite in the western corridors of power for such outlays at a time when western economies are struggling with problems of their own. Ukraine still finds itself in the grip of a small-scale civil war that is crippling its economy while long-promised reforms that are required by western financial institutions seem to be as remote as ever. And much-touted steps to combat corruption don’t seem to be getting any closer.

Still, for all the talk about how the West will be helping a newly European Ukraine prosper, Russia to this day remains the biggest factor for Ukraine’s economy.

“We have made a tremendous contribution to supporting Ukraine. Russian banks have invested about $25 billion in our neighbour’s economy, the Finance Ministry — another $3 billion, and another $4.5 billion came from Gazprom,” Russian president Putin said in his State of the Union address in early December.

That puts into proper perspective the scale of western programmes of economic assistance to Ukraine.

According to Sputnik, “besides the conflict in East Ukraine, a region which prior to the forcible change of government in Kiev accounted for 16% of the country’s economic output, much of Ukraine’s economic turmoil is caused by a collapse in its exports to Russia and a slump in Russian investment. Is the money coming from the west sufficient to finance Ukraine’s economic revival, or will Russia still have to fork out?”