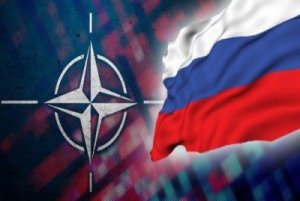 They believed nuclear war was inevitable so better sooner than later while America had a clear advantage. They weren’t alone from their time to now.

On Tuesday, Vladimir Putin said Russia will act appropriately to US-dominated NATO’s encroachment on its borders.

He responded to Washington’s intent to position heavy weapons and thousands of US combat forces in Eastern European countries along with its planned (offensive) missile defense targeting Russia – provocations at a time no threats exist except invented ones.

If someone threatens our territories, it means that we will have to aim our armed forces accordingly at the territories from where the threat is coming,” Putin said.

How else could it be? It is (US-dominated) NATO approaching our borders. It’s not like we are moving anywhere.

I’d refrain from whipping up emotions. Of course, we will analyze everything but so far I see nothing that might prompt us to (take responsive measures).

What worries us more is the anti-missile defense system that is being deployed – that is a significant thing of strategic importance.

Among other measures, Putin announced plans for “40 new intercontinental ballistic missiles to our nuclear force…capable of overcoming even the most technically advanced anti-missile defense systems.”

Russia will have no other choice but to boost its military potential along its western borders,” Defense Ministry General Yury Yakubov explained. He called building up military forces in Eastern European countries “the most aggressive step since the Cold War.

Russia (will have to) bolster its forces and resources on the western strategic theater of operations,” – including installing Iskander tactical missiles in Kaliningrad and boosting its military presence in Belarus, he explained.

Putin’s “statement…confirm(s) the pattern and behavior of Russia over quite a period of time.”

“This is something which we are addressing, and it’s also one of the reasons we are now increasing the readiness and preparedness of our forces…(NATO will protect) all (our) allies against the enemy.”

He ludicrously called NATO actions “proportionate (and) defensive…respond(ing) in the face of a more assertive Russia.”

Today is the most perilous time in world history. US-dominated NATO’s killing machine is an out-of-control monster. Madness defines its policy. World peace is threatened. Humanity’s fate hangs in the balance. The price of imperial arrogance is potential nuclear armageddon.

Stephen Lendman lives in Chicago. He can be reached at lendmanstephen@sbcglobal.net.