Richard Sudan is a London-based writer, political activist, and performance poet. His writing has been published in many prominent publications, including the Independent, the Guardian, Huffington Post and Washington Spectator. He has been a guest speaker at events for different organizations ranging from the University of East London to the People’s Assembly covering various topics. His opinion is that the mainstream media has a duty to challenge power, rather than to serve power. Richard has taught writing poetry for performance at Brunel University.

The problem of US police violence was rammed home on Aug 9 2014 with the killing of Mike Brown, 18, in Ferguson, Missouri by white officer Darren Wilson.

Many more examples of police violence and abuse of power continue to surface, and while the problem has always existed, more and more people are at least now discussing the issue.

Cases like that of 12-year-old Tamir Rice, who was shot dead by a Cleveland police officer. The police officer later walked free, while the world reeled in disbelief at the complete failing of the so-called justice system.

The murder of Trayvon Martin, 17, for example, who was killed by one George Zimmerman, who was not a police officer, but whose resume revealed him to be an aspiring one, with a history of racism to boot.

There is a deep history to places like Ferguson, where there is a tendency for the indiscriminate killing of young Black men, and a history of struggle against the same state which once recognized slavery as legal. 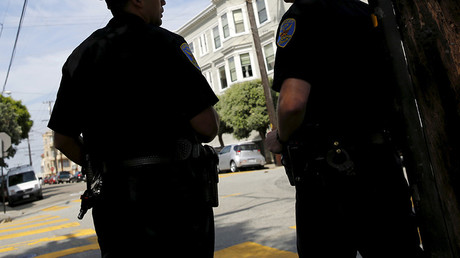 To understand what is happening today, we need to understand that history, while also recognizing the degree to which things are made worse today by the effects of a failing neo-liberal economy at crisis with itself. The problems of today can be explained by the crimes of the past, but the current severity of the problems we now face can be explained by the unique conditions we now confront.

The problems of today are not new, but as the crisis which brought them about reaches its apex, the crisis of capitalism, so the problems caused by the crisis worsen in severity. Political problems, social problems, economic problems, and corruption, all worsen and are magnified under such a crisis.

The problems associated with the abuse of state power in this sense are no different. As the crisis of capitalism deepens, so too do the abuses of power by the apparatus of the state, in this case the police, unto the very communities which built the so-called free world, the birthplace of capitalism, with free labour extracted from slavery, over a period of more than 300 years.

Africans in the USA never got a slice of the pie, and now Blacks in poor communities are expected to remain calm while the very same state which exploited them, now guns down Black people in the street with complete impunity.

Black Americans have every right to resist, defend themselves and fight what is quite simply, the ongoing colonization and social control of Black people in America.

Given the history of the treatment of Blacks in America, and today when looking at levels of education, employment figures, welfare numbers, and disproportionate prison population numbers, is not hard to see why many view the racist history of the United States as being a continual line which simply traces itself from the past, right up to the present day, in the tragedies we see played out. If you’re Black in America, you are more likely to be imprisoned or killed by the police than other ethnic groups. All of these factors speak to the very real and unaccounted for history, in America’s very recent past.

The relationship Black people have with the police today, is arguably no different to the relationship previously with the Klu Klux Klan-it fact some argue its much worse today, with Black people dying at the hands of the state at a quicker rate than at the height of the KKK’s prominence.

As Malcolm X once noted ‘nowadays the KKK have traded in their sheets for police uniforms’. Who could argue with Malcolm’s assessment, when we see the treatment of young Blacks in the US today?

There now exists a private prison system, interwoven with the role of the police, which seeks to make money from imprisoning Black men, a sequence of events which is permeated by a popular culture which still teaches Black people and other minorities to know their place in America.

While it’s true, that since the founding of the USA, minorities and marginalized communities have always been on the receiving end of police violence as part of the class war waged against them, and while it’s also true that now, with the advent of the camera phone, that more of these instances are captured, increasingly, police violence in the United States also is becoming more and more militarized.