Hillary has the billionaires and the Wall Street Hawks
but Bernie HAS THE PEOPLE! ~ UNRULY HEARTS 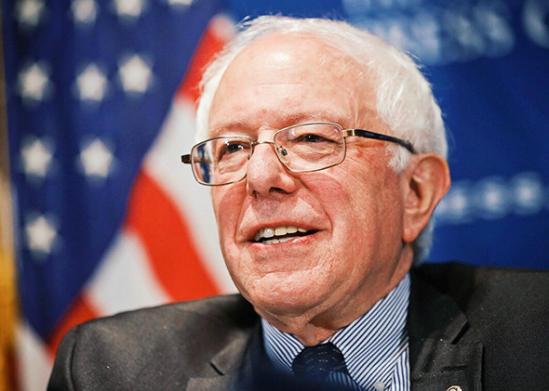 “I’m trying to do everything I can to get my vote casted for him,” a male supporter told reporters in New York while gesturing toward Sanders. “I can sign a court order and an affidavit and whatever I need to do, and I’m going to do that, but it shouldn’t be this hard to vote.”

“No, it should not be,” Sanders replied. “Today, 3 million people in the state of New York who are independents have lost their right to vote in the Democratic or Republican primary. That’s wrong.”

According to voter enrollment data from the New York State Board of Elections, more than 3 million voters are registered outside of the Republican and Democratic parties, barring them from voting in the state’s closed primary.

“You’re paying for this election. It’s administered by the state,” Sanders told the supporter. “You have a right to vote. And that’s a very unfortunate thing, which I hope will change in the future. Thanks so much for your support.”

A group of New Yorkers filed suit Monday asking for an emergency declaratory judgment to open New York’s primary up to all registered voters in the state. Some voters allege that their party affiliations were unknowingly altered, preventing them from casting their ballots Tuesday.
Authors:

This story tagged under: