Tuesday evening it was Syria’s President, Bashir al-Assad on a visit that was shrouded in secrecy until it was over. On Wednesday it was officials from the International Olympic Committee, flanked by Russia’s sporting luminaries. And on Thursday afternoon it was the assorted international Russia specialists known as the Valdai Discussion Club, an eclectic group who provided Russia’s President with his challenge for the day – and Russian television’s evening news broadcasts with their headlines.

To call it an afternoon meeting is slightly misleading. Vladimir Putin specialises in the late arrival, though his tardiness might have been compounded by the additional security that attended a perhaps surprising guest: the speaker of the Iranian Parliament, Ali Larijani. This was evidence of Iran coming in from the cold in a rather spectacular way – though not literally. 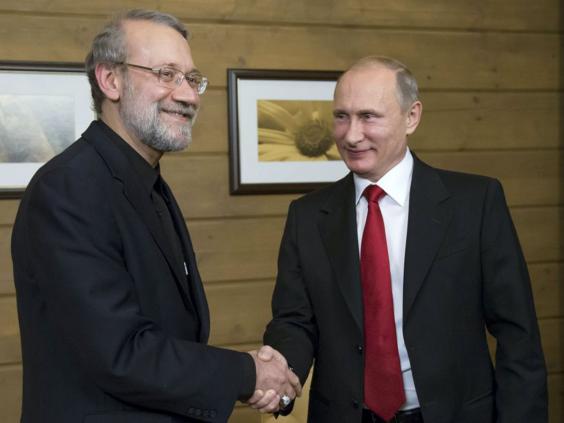 The annual Valdai conference was held this year high in the mountains outside the Black Sea resort of Sochi, amid, or rather above, most of the extensive facilities built for the 2014 Winter Olympics. The highest resort hotel – Polyana 1389 (the figure denoting the altitude in metres) – is a vast complex of interlinked, and still conspicuously new, buildings constructed in a part-Nordic, part mega-chalet style.

A certain poignancy attended a part of the view from the hotel terraces: eight very large villas, clearly numbered on all sides 1-8, stand in an asymmetrical formation. This was the accommodation built for the G8 leaders who were supposed to hold their annual summit here, hosted by Putin, in summer 2014. The summit was called off by the other seven national leaders after the Russian annexation of Crimea.

Whether the villas will ever be used for their original purpose could depend on whether East-West relations ever mend. A Sochi summit would be a symbolic way to seal a rapprochement.

And it was a rapprochement that seemed marginally more possible at the end of the characteristically long and intense session with Putin – and the four dignitaries, Larijani among them, who shared his platform and offered a supporting cast.

Vladimir Putin and the people

For a man who ordered his air force into Syria three weeks ago, whose country’s South-western border, with Ukraine, is subject to a still fragile ceasefire, whose economy is hobbled less by US and EU sanctions than by the sharp fall in global oil prices, a leader who has been effectively ostracised for more than 18 months, Mr Putin seemed to be in a conspicuously upbeat mood.

As always, he was also forthright and unapologetic. A detailed review of what he said – both in his 25-minute formal speech, and even more in his responses to questions over the following two hours – would offer an in-depth guide not just to his current thinking, but to his wider world view. But here is some of what we learned.

On Syria: Russia’s end game is threefold: to drive back, but not expressly to destroy Isis to preserve Syria within its present borders as an integrated state, but one in which the security of religious and ethnic minorities is protected; to start a diplomatic process, involving at least Turkey, Iran, Saudi Arabia and the United States, which would provide a framework for talks between President Bashar al-Assad and representatives of opposition groups. 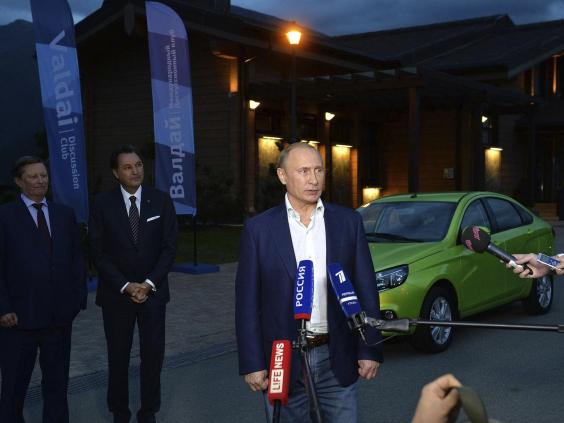 On Ukraine: the reason Russia intervened, Putin said, was not because it objected to the type of government Ukrainians had or would choose. It had accepted, and worked with, the Western-orientated government of Viktor Yushchenko. It was because of the way – illegitimate, in Russia’s view – in which the government was changed. There was no hint of any concession on Crimea, but Putin was very precise  that Russia was fulfilling all the terms of the Minsk 2 agreement, and would accept the fixing of the border, as the agreement requires.

On East-West relations – and the reason why prospects look perhaps better today than they looked yesterday: there was an unusual recognition, thanks to some very frank talking from the retired US ambassador to Russia, Jack Matlock, and the chair for the session, retired Columbia University Russia specialist, Robert Legvold, that something had to be done about the depth of suspicion and misunderstanding that has increasingly poisoned relations in recent years.

The US-Russia relationship was regarded as key (with Europe clearly regarded as a lesser player by both), but recognition of the gulf and the real dangers it presents, could be the start of an attempt to close it.