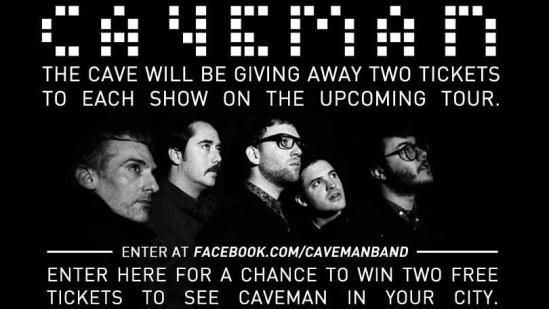 Caveman is an American band based in Brooklyn, New York. The band recorded their first studio album in 2011. Although originally self-released, the album was re-released by Fat Possum Records in 2012.  Caveman performed at SXSW 2013  and Sasquatch Festival 2013.  The band’s musical style is a mixture of indie rock and indie pop. 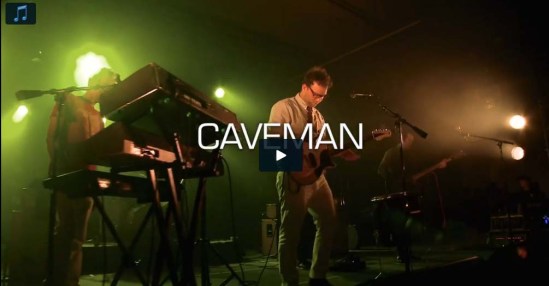 Caveman was a British hip hop group originally from High Wycombe, England, consisting of MCM, the Principal, and Diamond J. They were the first British hip hop group to be signed to a major U.S. record label, Profile Records, and quickly established themselves as one of the UK’s more popular and versatile acts.

The group’s first releases were the twelve inch single “Victory” (Profile, 1990) and “Fry You Like Fish” (Profile, 1990), and the I’m Ready EP (Profile, 1990). This established their jazz-based style of hip hop, influenced by U.S. artists such as Gang Starr. The song “I’m Ready”, however, was based on Jimi Hendrix’s, “Crosstown Traffic” and showed early on a liking for the harder style that they adopted for later releases. “I’m Ready” was a popular song, and still regularly turns up on hip hop compilation albums today.

Their debut album, Positive Reaction (Profile, 1990), was released to critical acclaim and cemented their reputation as one of the UK’s top hip hop acts. The following year, the group released The Victory EP (Profile, 1991) and then took a break from recording. When they returned with The Whole Nine Yards…And Then Some (Profile, 1992) the group had undergone a radical changes in style. While their earlier sound had been predominantly based on mellow jazz samples, the new album was predominantly bass heavy, hardcore hip hop. The move was a success, and today their second album is Caveman’s most in demand recording, often selling above its original asking price and considered a rare find.

Shortly after the release of the album, the group decided to go their separate ways. MCM had a short-lived solo career, releasing some twelve inches and guesting on other artists’ tracks – such as Dodge City Productions’ “Understand This” from their Steppin’ Up and Out (4th & Broadway, 1993) album. The Principal went on to produce other artist’s tracks, such as a remix of Run-D.M.C.’s “Ooh, What’cha Gonna Do?” from their Down with the King (Profile, 1993) album. Diamond J went on to provide scratches for Maxim’s Hell’s Kitchen (XL Recordings, 2000) album. None ever reached the same level of success as they did with Caveman.