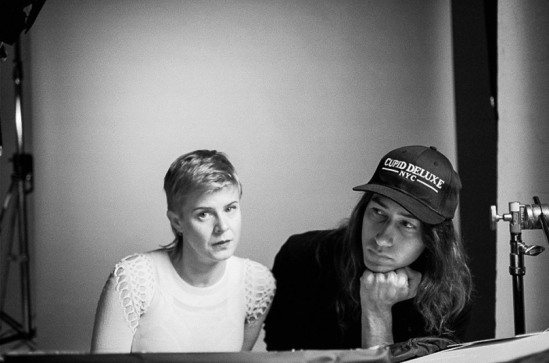 UK singer Adam Bainbridge, aka Kindness, returns today with a video for his Robyn collaboration, “Who Do You Love?”. Directed by Daniel Brereton, it features portraits of both singers’ family and friends. Explained Bainbridge, “This video and this song is about people and connection, and how you can identify who you are by those you love. Those people say a hell of a lot about you.”

Additionally, Kindness has announced the first batch of 2015 tour dates in support of his recently released sophomore album, Otherness. The itinerary includes a few dates in February, but really picks up in March, with additional shows still to be announced. Watch the video and see the current tour schedule below.

Kindness – Who Do You Love feat. Robyn

Pooneh Ghana/Courtesy of the artist

It takes audacity to name your debut album after the seismic Eddie Kendricks song “Girl You Need A Change Of Mind,” a seven-minute soul classic with an extended breakdown and build-up that made it one of the earliest disco records. But the lanky Brit Adam Bainbridge had a firm grip on his influences for 2012’s World, You Need A Change Of Mind, an album that touched not only on disco, but also on ’80s boogie and R&B, Frankie Knuckles-indebted house music, D.C. go-go, and even The Replacements (with a dance remake of “Swingin’ Party”).

Bainbridge doubles down on that ’80s sound for Otherness. “New feelings we begin again / Old endings we begin anew,” he sings in “World Restart,” which from its compressed drum machine to its honking saxophone sounds like a lost track from 30 years ago. Midway through, he’s joined by fast-rising R&B singer Kelela, who sounds like one of the Mary Jane Girls circa 1983’s “All Night Long.” But the feelings behind the song revive those staid sounds and make them sound refreshed.

From there, Kindness pulls from various earmarks of that era, be it the go-go bells that power “This Is Not About Us” or the elegant piano that flows through “I’ll Be Back.” Rapper M.anifest joins in for “8th Wonder,” name-checking Tracy Chapman’s “Fast Car” in his verse. And when Kelela returns in “With You,” the track at one point peels back to a synthesized breath, a brief homage to Art Of Noise’s classic single, “Moments In Love.”

Much like his musical compatriot (and fellow Brit) Devonté Hynes did on Blood Orange’s sublime Cupid Deluxe, Bainbridge draws on assists from friends. Beyond the album highlights with Kelela, the sputtering backbeat, rubbery slap-bass line and church organ of “Who Do You Love?” gets a big lift from Swedish singer Robyn, who infuses the song with her pop effervescence. Hynes himself lends a hand in “Why Don’t You Love Me,” which evolves from a heartbreaking ballad to sensuous R&B to great effect. It hints that Kindness might change and advance yet again.

Kindness is the solo project of British singer Adam Bainbridge. His debut album, World, You Need a Change of Mind, co-produced by Philippe Zdar was released on 16 March 2012.

In 2007, Adam Bainbridge was a recipient of the Eric James Johnson Memorial Fellowship, at The Philadelphia Institute for Advance Study.

Live in Philly was Adam Bainbridge’s contribution to the Eric James Johnson Memorial Fellowship program. It consists of an album recorded during his stay at the Institute in May 2007, and a small pamphlet illustrating the work, typeset by hand. Employing a variety of musicians from the Institute and the rest of Philadelphia, as well as sound sources and records found or recorded in the city, the Kindness album is a personal and welcome contribution to the Institute’s body of work.

—The Philadelphia Institute for Advance Study,

Live in Philly was released in 2007 as a free MP3 download and CDr, with no label.

In 2009, Moshi Moshi Records released Kindness debut single Swingin’ Party. Gee Up was included on the vinyl b-side and a VHS video directed by Jack Latham accompanied it.

In October 2011, Cyan was released as a limited edition 12″ vinyl through Kindness’s own record label Female Energy in the UK and Terrible Records in North America. The B-side contained 3 unnamed lock grooves.

In 2013, Kindness contributed to production and instrumentation on Blood Orange’s Cupid Deluxe.

In May and June 2013, Kindness supported The xx as part of their Night and Day Festival in London and Berlin.

Adam Bainbridge has directed and co-directed a number of videos for his own Kindness project as well as for other artists, including Grizzly Bear, Blood Orange, and William Onyeabor: 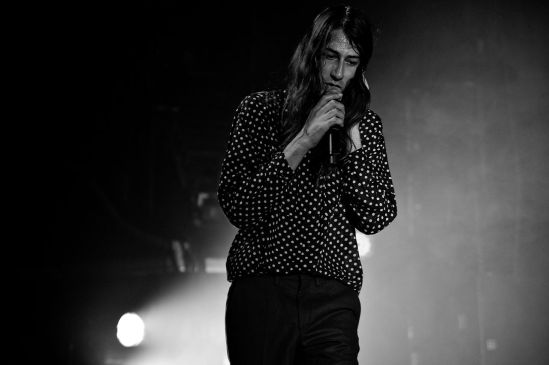 To pre-order the album: