Pope Francis will address a joint meeting of Congress on Sept. 24, becoming the first pontiff to do so.

Speaker John A. Boehner, a Catholic, announced on Thursday that the Holy See had accepted an invitation his office extended last March.

“In a time of global upheaval, the Holy Father’s message of compassion and human dignity has moved people of all faiths and backgrounds,” Mr. Boehner said in a statement. “His teachings, prayers, and very example bring us back to the blessings of simple things and our obligations to one another.”

Pope Francis played a key role in the United States’ recent normalizing of relations with Cuba.

The pope has also weighed in on environmental issues, calling climate change “mostly” a result of human activity and announcing that he will be drafting an encyclical on ecology and climate change to be released before the next round of United Nations climate talks in Paris.

An earlier version of this post misstated the nature of Pope Francis’s visit. It will be at a joint meeting of Congress, not during a joint session, which is held to conduct official business. 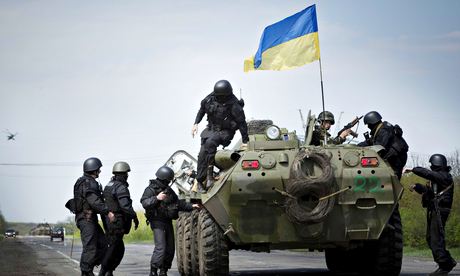 The Obama administration has notified Congress of its plans to train and arm the Ukrainian national guard next year, the Pentagon said on Friday, as Washington continues to intensify its response to Moscow’s support for rebels in eastern Ukraine.

“The Defense Department and State Department have notified Congress of our intent to use $19 million in global security contingency fund authority to train and equip four companies and one tactical headquarters of the Ukrainian national guard as part of their efforts to build their capacity for internal defense,” Pentagon spokesman Rear Admiral John Kirby told reporters.

The training, which requires congressional approval, would occur at a location within Ukraine that hosts multilateral exercises, Kirby said. The trainers would be provided by U.S. Army Europe and by the California National Guard, he added.

While Kirby did not link the training to the West’s deepening standoff with Russia over Ukraine. The announcement comes as the United States and other Western nations seek to tighten pressure on Moscow after the July 17 downing of a Malaysian airliner over rebel-held territory in Ukraine by what Western nations say was a Russia-supplied missile.

While the United States has repeatedly slammed Russia’s troop buildup along the border with Ukraine and its support for the rebels, the Obama administration has limited military assistance to non lethal aid such as medical supplies and helmets.

Also on Friday, the United States pledged about $8 million in new aid to bolster the Ukrainian border guard service.