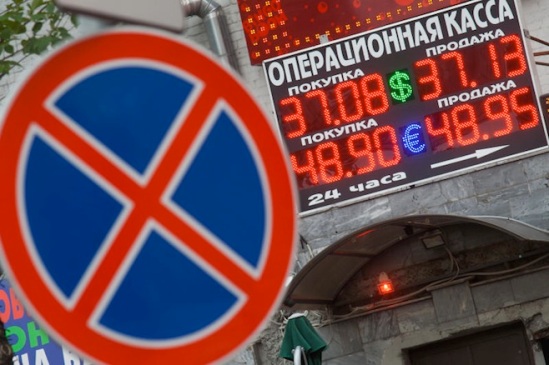 Russia’s economy is set to stagnate in the next two years as the country pays the price for the Ukraine crisis.

Russian courts could get the green light to seize foreign assets on Russian territory under a draft law intended as a response to Western sanctions over the Ukraine crisis.

The draft, which was submitted to parliament on Wednesday by a pro-Kremlin deputy, would also allow state compensation for an individual whose property is seized in foreign jurisdictions.

Italian authorities this week seized property worth about 30 million euros ($40 million) belonging to companies controlled by Arkady Rotenberg, an ally of President Vladimir Putin targeted by the U.S. and European Union sanctions.

The draft law, published on a parliamentary database, would allow for compensation for Russian citizens who suffer because of an “unlawful court act” in a foreign jurisdiction and clear the way to foreign state assets in Russia being seized, even if they are subject to international immunity.

Boris Nemtsov, a Kremlin critic who in the late 1990s was a senior member of government, said the bill was an attempt by Putin to shield Russian billionaires and officials from the impact of sanctions.

“What is a strongman’s friendship like?” he asked rhetorically on his Facebook page. “It is when your four villas, apartment and hotel are seized in Italy, and your accomplice in the Kremlin immediately introduces a bill to compensate for the losses from the Russian budget.”

Russia and the West are locked in their worst standoff in decades over the Ukraine crisis. Western powers have introduced several sets of sanctions against Moscow, ranging from visa bans and asset freezes to caps on access to overseas capital markets for Russian firms.

Russia responded by introducing food bans against EU agriculture producers and has threatened more retaliatory measures if the West presses ahead with sanctions.

Russia’s economy is set to stagnate in the next two years as the country pays the price for the Ukraine crisis, lack of structural reforms and uncertain economic policy, the World Bank said in a report this week.

Russian laws require three readings in the lower house and the approval of the upper house before going to Putin to be signed into law.