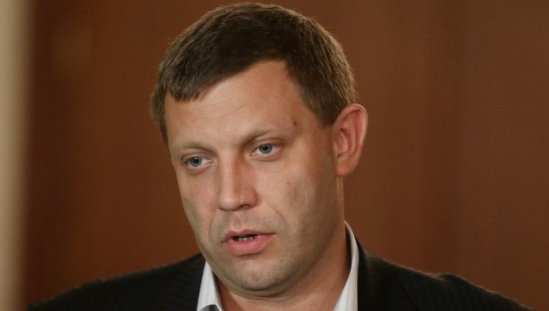 Zakharchenko stated that the main point of his program will be “Complete liberation of the Republic of Ukrainian soldiers.” He also added that another main point will be to improve the lives of people in the country.

Zakharchenko is the first candidate to register for the election to be held on November 2. Candidate registration is open until October 14.

Kiev authorities and independence supporters aligned positions on a ceasefire and a number of issues including the status of the Donetsk and Luhansk regions on September 5 in the capital of Belarus, Minsk, through the mediation of Russia and Organization for Security and Co-operation in Europe (OSCE).

Ukraine’s parliament, the Verkhovna Rada, approved a law on special status of parts of the Donetsk and Luhansk regions on September 16. The law introduces self-administration and guarantees the right to use Russian or any other language in Ukraine. 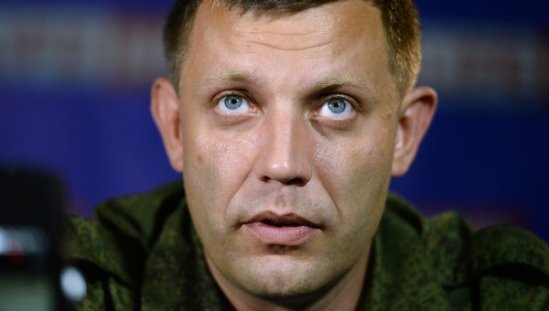 “Periods of intense hostilities will follow. We will retake Slaviansk, Kramatorsk and Mariupol. Unfortunately, it was impossible to make peaceful settlement the focus of negotiations. We are the only ones who comply with the regime of silence,” he stressed.

Earlier this week Zakharchenko noted that the heavy shelling of Donetsk was undermining the negotiation process between Kiev and DPR. “No more talks about ceasefire, of course we are not going to sit [at the negotiating table] with Kiev,” he said on Monday.

The DPR authorities repeatedly stated that the self-proclaimed people’s republic would never become part of a united Ukraine and last week Zakharchenko announced plans to issue the DRP’s own passports.

In mid-April, Kiev launched a military operation against independence supporters in eastern Ukraine. Some 3,700 people have been killed and over 9,000 have sustained injuries since the beginning of the armed conflict, according to the latest UN estimates. On September 5, the conflicting sides agreed on a ceasefire at a meeting of the trilateral Contact Group on Ukraine in Minsk, but since then there have been regular reports of the shelling of Donetsk. 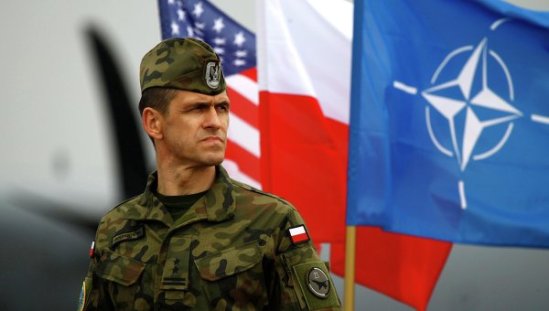 The disturbing saber rattling from NATO chief Anders Rasmussen announcing that NATO will deploy troops for the first time in Eastern Europe since the Cold War ended, build a “readiness action plan,” boost Ukraine’s military capacity so that “in the future you will see a more visible NATO presence in the east,” while withdrawing Russia’s invitation to an upcoming NATO meeting in Wales, “opens new possibilities for endless war and hostilities,” Slater said.

The NATO secretary-general told European journalists that the alliance was to deploy its forces in Eastern Europe in response to the ongoing conflict in Ukraine and to counter the threat posed by Russia to the former Soviet Baltic republics.

“It is ironic, that at this moment in history when so many people and nations around the world are acknowledging the 100th anniversary of our planet’s hapless stumble into World War I, great powers and their allies are once again provoking new dangers where governments appear to be sleepwalking towards a restoration of old Cold War battles,” Slater said.

“A barrage of conflicting information is broadcast in the various national and nationalistic media with alternative versions of reality that provoke and stoke new enmities and rivalries across national borders,” the expert added.

The nongovernmental organization director noted that with the United States and Russia in possession of more than 15,000 of the world’s 16,400 nuclear weapons, humanity can ill-afford to stand by and permit such conflicting views of history and that opposing assessments of the facts on the ground can lead to a 21st century military confrontation between the great powers and their allies.

“While sadly acknowledging the trauma suffered by the countries of Eastern Europe from years of Soviet occupation, and understanding their desire for the protection of the NATO military alliance, we must remember that the Russian people lost 20 million people during World War II to the Nazi onslaught and are understandably wary of NATO expansion to their borders in a hostile environment,” she explained.

“This, despite a promise to Gorbachev when the wall came down peacefully and the Soviet Union ended its post WWII occupation of Eastern Europe, that NATO would not be expanded eastward, beyond the incorporation of East Germany into that rusty Cold War alliance,” Slater added.

“Russia has lost the protection of the 1972 Anti-Ballistic Missile Treaty, which the US abandoned in 2001, and warily observes missile bases metastasizing ever closer to its borders in new NATO member states, while the US rejects repeated Russian efforts for negotiations on a treaty to ban weapons in space, or Russia’s prior application for membership in NATO,” Slater concluded.

Germany’s Der Spiegel reported Sunday that Poland, Latvia, Lithuania and Estonia felt threatened by Russia’s intervention in Ukraine and feared of what they described as Russian aggression.

NATO members are scheduled to meet in Wales to discuss the alliance’s response to Russia, which it accuses of interfering in Ukrainian affairs.

Ahead of the NATO summit at the end of next week, the four countries have urged the military bloc to mention Moscow as a potential aggressor in its summit communique.

Russia’s Permanent Mission to NATO told RIA Novosti on Monday that Moscow has no plans to participate in any activities during the NATO summit in Wales. 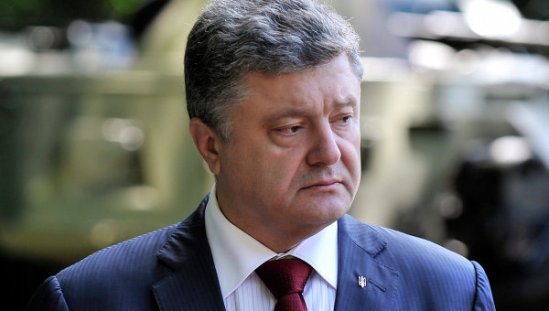 KIEV, August 11 (RIA Novosti) – Ukrainian President Petro Poroshenko said Monday he is ready to discuss the ongoing hostilities in eastern Ukraine with Russia, the United States and the European Union.

“Petro Poroshenko said he was ready for multi-party international discussions on settling the situation in Donbass in the … Geneva format. The head of the state expressed his support for putting the ‘Ukrainian issue’ on the agenda of the European Council’s next meeting due August 30,” the presidential press service said in a statement.

Earlier Sunday, the leaders of the self-proclaimed Donetsk People’s Republic (DPR) said talks on a ceasefire in the region were pointless, as Ukrainian authorities are incapable of negotiating, adding that independence supporters were still ready to continue consultations with the participation of the OSCE even though previous efforts yielded no results.

Russia, Ukraine, Germany and France previously held four-party talks in Berlin on July 2, in which they agreed on a range of measures to persuade Kiev to immediately agree to a ceasefire, but the fighting is still ongoing.