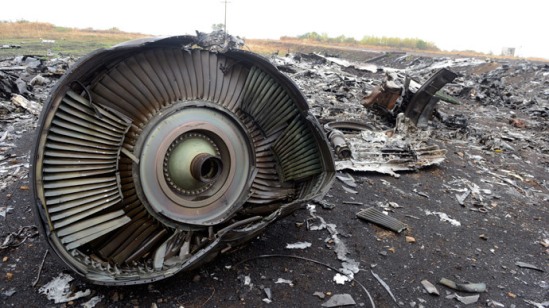 Malaysia Airlines Flight MH17 at the crash site in the village of Hrabove (Grabovo), some 80km east of Donetsk.(AFP Photo / Alexander Khudoteply)

The report on the Malaysian jet crash is very “calm” and doesn’t provide much information about the tragedy, said Russian FM Sergey Lavrov. He added that despite all the hype around the crash, the investigators do not seem to be in a hurry.

In a Saturday interview to Russian channel TV-Center, Foreign Minister Sergey Lavrov revealed he was disappointed by the latest report from Dutch experts on the reasons of Malaysia airplane crash. Malaysian airplane with 298 people on board crashed in Donetsk region July 17. Many western media outlets started accusing Russia without providing any evidence.

However, despite the political tensions, the report provided by the Dutch Safety Board from September 9 is “calm” while the investigators are taking their time with the probe.

“There are no demands that experts resume their work at the crash site,” Lavrov said. “There were also no attempts to go there to collect, as they say, the wreckage and to see how the whole plane looked like. Nobody spoke about it out loud.”

At the same time, the only side who is the moment seems actively interested in going to the site of the crash is Malaysia, whose Defense Minister is planning a soon visit.

Malaysia Airlines Flight MH17 at the crash site in the village of Hrabove (Grabovo), some 80km east of Donetsk.(AFP Photo / Alexander Khudoteply )

The Dutch report said that the MH17 crash was the result of structural damage caused by a large number of high-energy objects that struck the Boeing from the outside.

“Flight MH17 with a Boeing 777-200 operated by Malaysia Airlines broke up in the air probably as the result of structural damage caused by a large number of high-energy objects that penetrated the aircraft from outside,” the Dutch Safety Board said in its preliminary report.

“I hope that we will learn the truth, but it doesn’t depend on me,” Lavrov said, dismissing the accusations that traces of a Russian BUK missile system were detected at the crash site.

“There were many ‘fiction stories’ about BUK missiles,” said Lavrov. “But that very myth was debunked. This BUK was shown on the territory controlled by Kiev troops. There were many other far-fetched theories, some of them outright lies.”

The international experts have spent at least three weeks in Kiev and talked to Ukrainian authorities, but nobody cared to answer the questions posed by the Russian side, Russian FM added.

Lavrov said Moscow is readying one more set of questions, this time coming from Russian Air agencies, on the crash. A number of important steps required in such a probe have not been taken, he added.

“I don’t know why those things have not been done. Maybe someone is comfortable with the situation when right after the tragedy there were hysteric accusations towards the irregular forces in eastern Ukraine and Russia,” he concluded. “And now when the ‘propagandist cream’ has got removed, maybe those people do not really want to investigate the plane crash.” 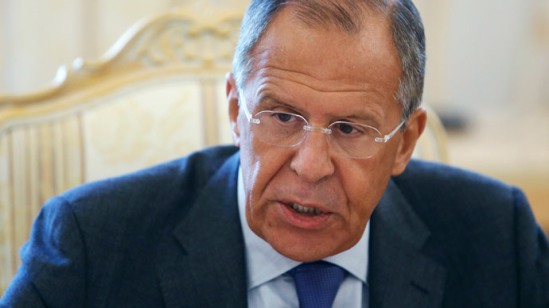 Russia is concerned with calls coming from the new Ukrainian leadership to abandon its neutral status and join NATO. Such a course in particular was proclaimed by the country’s Prime Minister Arseny Yatsenyuk on August 29.

“I think he is acting not in the interest of his own people but of those who wanted to put an argument Russian and Ukrainian nations and drive a wedge between Russian and Europe,” Lavrov said.

According to Lavrov, Washington also wants to “get engaged” in the crisis.

“The actions of almost all Ukrainian radicals and extremists, including the radicals in the leading positions, get carte blanche from the USA,” the minister said. “Washington has repeatedly showed that its goal is to aggravate the crisis at a maximal level and use Ukraine as a bargaining chip to isolate and weaken Russia.”

The calls urging to look at what’s happening objectively and step for national dialogue, reconciliation and respect of the minorities’ rights – the values West promotes in any other conflict – don’t work, Lavrov added.

According to Lavrov, “there are many ‘provocateurs’ in Ukraine’s leadership, but western authorities do nothing to “curb the radicals.”

Thus, Russia prefers to work with those who represent the Ukrainian president.

“The Russian president repeatedly said that he is satisfied how his direct contact with [Petro] Poroshenko started,” he said.