‘Hands off the Middle East’: Hundreds rally in London against British airstrikes

Hundreds of activists rallied against Britain’s involvement in airstrikes against the Islamic State in Iraq and Syria on Saturday. Protesters marched through central London holding banners and chanting anti-war slogans.

Demonstrators chanted “Hands off the Middle East, No justice, No peace,” which marching toward Prime Minister David Cameron’s Downing Street office, where the rally was planned to end.

They held banners which read: “Stop bombing Iraq” and “Iraq III No!” 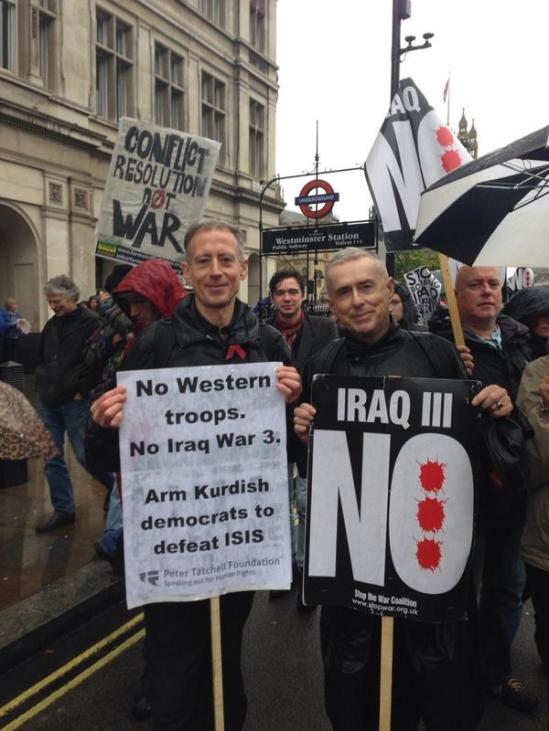 Hundreds of activists rallied against Britain’s involvement in airstrikes against the Islamic State in Iraq and Syria on Saturday. Protesters marched through central London holding banners and chanting anti-war slogans.

Demonstrators chanted “Hands off the Middle East, No justice, No peace,” which marching toward Prime Minister David Cameron’s Downing Street office, where the rally was planned to end.

They held banners which read: “Stop bombing Iraq” and “Iraq III No!” 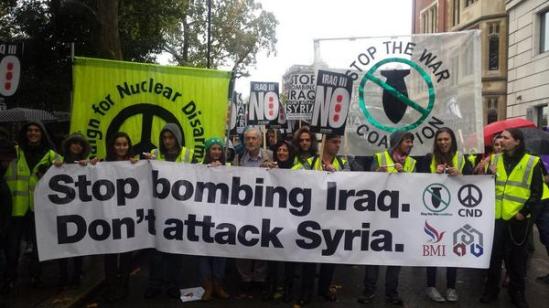 “I think the solution to all these problems is for Britain and the US to get their nose out of the Middle East, to stop interfering and let that part of the world sort out their own problems. I think our interference has created these problems. Everything we touch in the Middle East turns to crap,” one of the demonstrators told RT. “Let’s get out as soon as possible.”

“History teaches us that when we go and bomb people, militants appear and go stronger. All that is going to happen by us going there is just get the situation worse,” another protester said.

Up to 1,000 people participated in the protest, despite pouring rain. Many shared their demonstration experiences on social media.

Organized by anti-war groups including Stop the War Coalition, the protest came in response to the UK government’s support of airstrikes against militants last week and the deployment of six Royal Air Force (RAF) Tornado fighter jets to Akrotiri base in Cyprus. From there, British pilots are launching airstrikes at the Islamic State as a part of an international US-led coalition.

It also followed the release of a video by militants, which showed the execution of British aid worker Alan Henning.

“The solution is never to kill. War is a solution for nothing. The solution is a diplomatic one. We need more diplomatic effort. Today ISIS (IS) is committing atrocities, but we are really making the situation worse,” an activist told RT.

This week, Prime Minister David Cameron announced that two more British Tornado planes will join the fight against the Islamic State. He hailed British troops for the “vital work to defeat these barbaric ISIL (IS/ISIS) terrorists who threaten security.”

Cameron also announced that Britain will no longer be disbanding its II Squadron – comprising of 16 Tornados – in March as initially planned. Instead, the 102-year-old squadron will assist with airstrikes in Iraq. The squadron was originally scheduled to be disbanded following the closure of operations in Afghanistan. 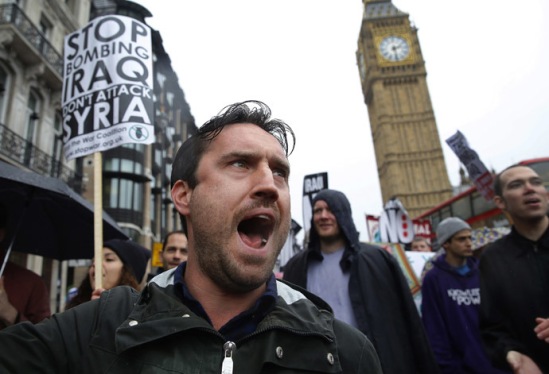 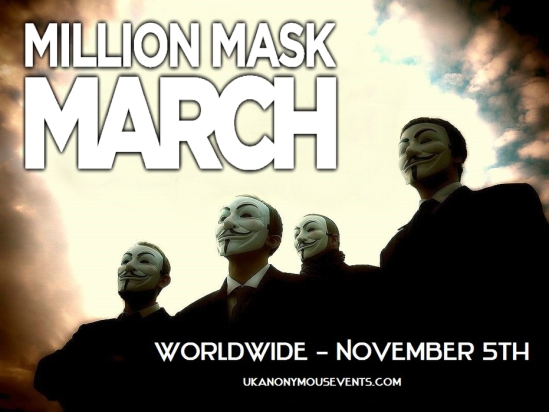 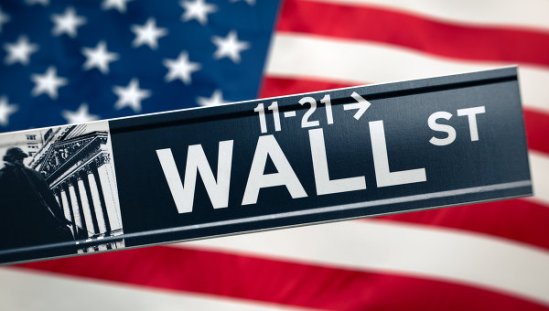 New Sanctions Against Russia Will Hurt West Most – Media

“This [new package of sanctions] will ultimately hurt the City [of London], as well as New York, because for the first time, the Russians are going to realize that they in fact can live without the global financial services industry,” the BBC quoted banking expert Ralph Silva as saying.

According to Silva, as a result of sanctions, Putin’s positions will only strengthen.

“Putin has been strengthened as a result of the sanctions. The Russian public is seeing him as the protector and if he gets the country through these sanctions, he will solidify his hold on power,” Silva added.

According to the BBC’s article, the European Union takes more than 45 percent of Russia’s exports. Less than 3 percent of the EU’s exports go to Russia.

London-based financial analyst Chris Skinner, in an interview to the BBC, said that sanctions on banks might force Russia to find alternatives to London.

He said the restrictions “could kill the Russian flow of capital through our markets if there is an alternative. For example, would they switch to Hong Kong or Shanghai?”

Earlier, Russia’s Bank of Moscow said that business was not suffering from sanctions and that it was not planning to borrow on foreign markets.

Russia’s state-owned VTB Bank’s representatives said the sanctions are likely to cause economic harm to all parties.

As well as financial restrictions, the European Union now has a list of arms that are prohibited for sale to Russia. There are also restrictions on Russian arms exports.

“Considering relatively low volumes of arms trade between the EU and Russia, the sanctions are more symbolic, especially seeing that France is holding on to the two Mistral-class helicopter carriers deal with Russia,” the BBC quoted Lilit Gevorgyan, an analyst at IHS Global Insight, as saying.

“While Russia is the second-largest arms exporter in the world, its military imports from the EU are limited in volume,” Gevorgyan added.

According to the BBC, Russian defense corporations have repeatedly stressed that the US customers would be missing out as a result of the embargo.

The European Union did not go as far as limiting oil and gas imports from Russia, as it would seriously hurt European economy.

The EU banned exports of technology systems for use in energy exploration instead.

In response to the sanctions, Russian gas giant Gazprom announced that it would now source its gas turbine spare parts locally instead of relying on imports, the BBC reported.

The European Commission published Wednesday the names of eight individuals and three additional Russian entities targeted by sanctions over their alleged roles in the escalation of the Ukrainian crisis.

The first round of sanctions against Russia was implemented by the United States and the European Union back in March as a response to Crimea’s reunification with Russia following a referendum.

The new addition brings the number of persons and entities under EU restrictions to 95 persons and 23 entities.

The Russian Foreign Ministry warned that a new wave of western economic sanctions against Russia’s energy sector will drive up European energy prices and hurt the 28 member states as much as Russia.

Moscow has repeatedly said that these measures are counterproductive and called the sanctions “a road to nowhere.” 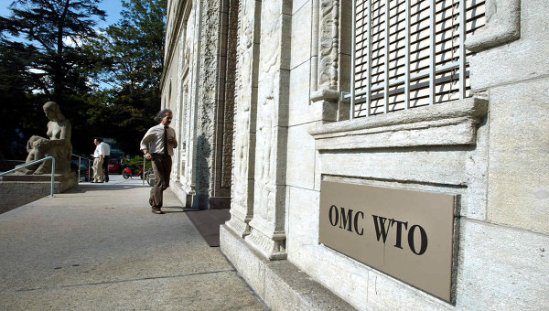 MOSCOW, August 1 (RIA Novosti) – The European Union’s latest sanctions against Russia contradict the rules of the World Trade Organization (WTO), and Russia will use the global trade body’s mechanisms to have them cancelled, Russia’s envoy to the EU said Friday.

“[The EU sanctions] need to be analyzed from the legal point of view to establish how they correspond to WTO norms and rules, but, at first sight, they contradict these norms and rules. In this case, undoubtedly, Russia will seek a WTO action in order to have them cancelled,” Vladimir Chizhov said.

In July, the European Union and the United States announced new economic sanctions against Russia amid the Ukrainian crisis.

The 28 member-bloc imposed a third round of penalties that limited Russian state-owned financial institutions’ access to EU capital markets, imposed an embargo on trade in arms, established an export ban for dual-use goods for military end users, and curtailed Russian access to sensitive technologies, particularly in the oil sector.

The EU also extended the list of entities and individuals targeted by sanctions over their alleged roles in the escalation of the Ukrainian crisis. The new additions brought the number of individuals and entities under EU restrictions to 95 and 23, respectively.

On July 16, Washington introduced the so-called Sectoral Sanctions Identification List that specifically targeted the defense, energy and banking sectors of the Russian economy.

The first round of sanctions against Russia was implemented by the United States and the European Union back in March as a response to Crimea’s reunification with Russia following a referendum.

Russia has repeatedly denied any involvement in the Ukrainian conflict, and called the language of sanctions counterproductive, warning that such measures would have a boomerang effect on Western economies.