‘If I’m called to return to Prague, I will’

When Lamb of God singer Randy Blythe arrived at the Prague Ruzyně Airport on June 27th, what should have been an exciting time – the group was to play the Czech Republic for the first time in two years the next night – quickly took a nightmarish turn. Blythe was immediately arrested by Czech police due to a 2010 concert incident that resulted in a fan’s death.

From June 27th through August 2nd, Blythe was held in Pankrác Prison. Although his initial bail was met, he was not immediately set free, leading to questions being asked beyond just Lamb of God fans about the U.S. government’s efforts (or lack thereof) to aid American citizens arrested abroad. Now back home in Virginia, Blythe discussed his recent experiences, and also the thought of having to return to the Czech Republic to stand trial.

Did you have any memories of the incident at that show in 2010?
There were a lot of people on stage. There’s a lot of questions as to what happened with this young man – that’s all still to come out in trial.

What do you remember about the day you were arrested?
I walked off the plane, and coming up the middle of the ramp there was a woman with some sort of badge around her neck, and she was taking people’s passports. We gave her our passports, and they directed us to the right while other people were going to the left. I walked in, and there were four or five large men with masks, machine guns, knives – the full-on SWAT team. They looked like they were there to apprehend a terrorist. And three large plainclothes officers. I remember looking at my bass player, and I started singing some Kool & the Gang to him – “There’s a party going on right here.” My bass player looked and me, and was [like], “Nooo, this is not a party right here. This is not good.”

This woman comes up and says, “Mr. Blythe,” and she handed me this piece of paper, stating that I was to be charged with manslaughter due to an incident that had occurred at the concert two years earlier. I quickly looked through my carry-on bag to grab my cell phone, a notebook, and a couple of extra packs of cigarettes – but I could only find one – and then they took me away.

Did the Czech government try and contact you prior to the arrest?
The Czech authority sent a letter to the Justice Department, and our government told them basically where they can get off. They said, “No, we won’t cooperate.” I don’t know if the American government thought there was not enough basis for them to pursue an investigation. Regardless, what I’m a little bit steamed about is the fact that they didn’t have the courtesy to contact me – in any way, shape or form – and say, “Hey, you’re wanted for manslaughter in a foreign country.”

Do you feel the U.S. government should have gotten involved in getting you released?
That’s a sticky question, because the Czech legal system is different, and from what I understand, I was given due process. I was not imprisoned in America. That was the first thing that I had to realize and keep in mind – “We’re playing by different rules here.” I certainly would have appreciated a little bit more concern on my part. I saw one person from the [U.S.] Embassy. One. And they didn’t really do much for me. They were just like, “Are they torturing you?” “No.” “OK, goodbye.” I didn’t hear anything from them.

What was a typical day like in Pankrác Prison?
Except for Saturday or Sunday, when you get to sleep in until 7, I’d wake up at 6 o’clock, make my bed, brush my teeth, drop and do some push-ups, meditate some and then talk with my cell mates until breakfast arrived. Ate some breakfast, which is just bread and some sort of meat spread or cheese. One time they had this cheese from Moravia, and it smelled like the bottom of a dumpster in an alleyway on a hot August day.

I’d divide my day into serious reading and writing, and relaxing reading. After breakfast I would start serious reading. At 10:30, they would bring us hot water for instant coffee, then read until lunch. Lunch is the big meal of the day in the Czech prison – it was always soup accompanied by stew. Not exactly the finest of cuisines, but it will keep you alive.

I’d work out with my cellmates after lunch – push-ups, knee bends, and we lifted our metal stools as dumbbells. Probably around 1 o’clock, we’d go outside to walk in the yard, and I would talk to whoever was there that spoke a smattering of English. We’d come back, and for about an hour, I would teach my roommates English – I had two Mongolian cellmates. It’s really hard to be in prison and not be able to talk to anyone.

Then we’d have more hot water for coffee, and then I’d write. I wrote from about 2:30 until dinner – letters, poetry, lyrics for songs. I wrote a song for my friend Hank Williams III – I’ve been wanting to write a song for him for years, and what better place to do it than prison? I started the outline of a novel set in Pankrác, and a journal, because I’m sure there’s going to be some sort of book out of this experience.

Then dinner would come, and that was a single bowl of some sort of stew. I got really sick of stew by the end of it. Then after dinner, I would write some more. Lights were out at 9, so by 8 o’clock, I tried to stop writing and reading serious stuff and let the brain take a break and read something light. At 9 o’clock, lights out.

I’d lay in my bed, and people around me in the cells would start yelling across the yard. There was a couple of Vietnamese guys who loved to yell, and some Ukranian guys. And they would yell back and forth for about an hour. When I was arrested, luckily I had some earplugs, so I shoved them in every night. Then I’d blow my wife a kiss goodnight into the air and listen to the Ukranians and the Vietnamese yell.

I understand it was touch-and-go when you finally got released.
I remember sitting at the gate and really sweating it pretty hard, until the plane was in the air. I left the country entirely legally – I had my passport – but I was kind of fleeing the country at the same time. Because if the prosecutor had found out that I was out and had time, he could have requested my incarceration on some different grounds. I just sat at the terminal and was texting my friend, London May, from Samhain, and was just like, “Keep your fingers crossed – I’m leaving!” And [then] I was in the air.

Some of heavy metal’s top names supported you.
It’s pretty humbling for me to see this level of support. I knew my good friends in the music industry would stand by me, but a bunch of legends really spoke up for me. Ozzy and Sharon wrote a letter to the judge. It’s really overwhelming, because to think someone like Ozzy Osbourne, who was in Black Sabbath, which is kind of the reason why I have a job today, even knows that I exist – much less say something on my behalf – is extremely humbling.

Any idea when the trial is supposed to begin?
That’s still being set up. We’ve heard tentatively sometime in December.

Is there a chance it can be settled out of court?
There is a chance of that. It’s not definite. The Czech legal system works differently. From what I understand, the police have charged me, but the prosecuting attorney hasn’t yet. There’s different stages to being charged, just like there’s different stages of bail. From what I understand, it could get settled out of court, but I doubt it will, especially with the kind of intensity that the prosecuting attorney pursued my continual incarceration with. If I’m called to return to Prague, I will.

Do you have any trepidation about going back to the Czech Republic and standing trial?
They want to give me five to 10 years, so naturally, there’s some trepidation. But the way I feel about possibly going to prison for five to 10 years really has nothing to do with the fact of the matter that it’s the right thing for me to do. It’s the right thing for me to do and stand trial if called – if only from the ethical viewpoint that this young man’s family is sitting there with a lot of questions still. 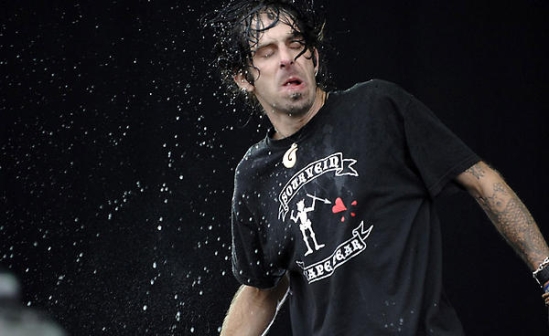 Lamb Of God’s Randy Blythe has criticized the US government for failing to warn him that he would face arrest in the Czech Republic for alleged manslaughter.

The singer was originally arrested on June 27 at Prague airport over an incident that took place on May 24, 2010 at the band’s show at Club Abaton in Prague. He then spent 38 days behind bars before being released on August 3.

According to reports, a fan jumped up onstage where a tussle ensued in which the fan, known only as Daniel N, was injured. The victim, who fell from the stage and hit his head on the venue’s concrete floor, later died, reportedly as a result of those injuries.

In an interview with Rolling Stone, Blythe lashed out at the US Justice Department for not warning him about entering the Czech Republic and of the manslaughter charge.

He said: “The Czech authority sent a letter to the Justice Department, and our government told them basically where they can get off. They said, ‘No, we won’t cooperate’. I don’t know if the American government thought there was not enough basis for them to pursue an investigation.

“Regardless, what I’m a little bit steamed about is the fact that they didn’t have the courtesy to contact me – in any way, shape or form – and say, ‘Hey, you’re wanted for manslaughter in a foreign country’.”

The singer also feels aggrieved that more wasn’t done to help him while he was in prison, saying: “I certainly would have appreciated a little bit more concern on my part. I saw one person from the US Embassy. One. And they didn’t really do much for me. They were just like, ‘Are they torturing you?’ ‘No’. ‘OK, goodbye’. I didn’t hear anything from them.”

Blythe faces up to 10 years in prison if found guilty. Lamb Of God have been forced to cancel the rest of their tour as a result of Blythe’s arrest.