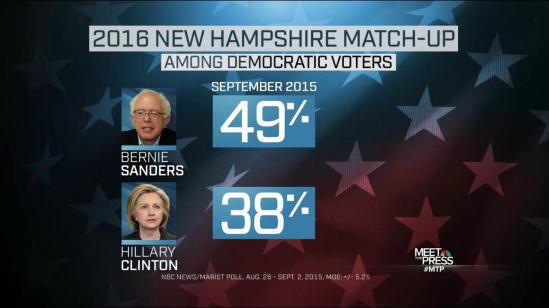 A major Hillary Clinton fundraiser has been indicted for false statements and identity theft related to the Deepwater Horizon litigation.

The San Antonio Express-News reported Wednesday that a federal grand jury in Mississippi has indicted Mikal Watts, a Texas attorney who has been accused of using false identities to inflate the number of clients he was representing in the class action lawsuit against BP.

Watts raised more than $100,000 for the pro-Clinton super PAC Ready for Hillary in 2013. He has also hosted high-dollar fundraisers for President Obama.

The indictment comes several months after a top Republican lawmaker questioned whether the Obama administration was slow-walking the case for political reasons. The Secret Service, which investigates identity theft and counterfeiting, initially raided Watts’s office in 2013.

“Although investigations were opened by the Secret Service and the U.S. Attorney’s Office for the Southern District of Mississippi, it appears that little action by the Justice Department has been taken since details of the probe surfaced in 2013,” wrote Sen. Ron Johnson (R., Wis.), chairman of the Senate Homeland Security Committee, in a July 13 letter to U.S. Attorney General Loretta Lynch.

“Mr. Watts is a significant political donor, and the Department’s inaction raises questions about why it has apparently declined to pursue charges.”

Watts reportedly claimed to represent 44,000 clients who were impacted by the 2010 BP oil spill. He has been accused of falsifying many of these identities in order to gain a lucrative position on the committee of lawyers representing the oil spill victims, which won a $2.3 billion settlement from BP in 2012.

BP sued Watts in 2013, claiming that he only ended up filing 648 compensation claims, the majority of which were deemed ineligible. The oil giant said it agreed to pay a higher settlement than it otherwise would have based on the belief that Watts was representing tens of thousands of clients.

According to BP, many of Watts’s alleged clients were linked to false social security numbers, were not qualified to receive compensation, were dead, or said they never hired the attorney.

Watts has also been sued by a group of Vietnamese Americans who say he falsely claimed to represent them, according to the San Antonio Express-News.

Watts hosted a fundraiser for Ready for Hillary in November 2013 that drew prominent supporters such as Craig Smith, a longtime Clinton aide who now serves as an adviser to the 2016 campaign. The event brought in $100,000 for the pro-Clinton Super PAC.

The State Department said that it could not confirm a figure Hillary Clinton cited during testimony to the House Select Committee on Benghazi on Thursday, suggesting that it was fashioned by her presidential campaign.

The Wall Street Journal reported that a State Department spokesman said Friday that the agency could not “confirm” Clinton’s claim that between 90 and 95 percent of her work emails were already preserved in the State Department’s computer system because she emailed other government officials on their work accounts.

The former secretary of state told the committee on Capitol Hill on Thursday that “90 to 95 percent of my work related emails were in the State’s system, if they wanted to see them, they would certainly have been able to do so.”

However, State Department spokesman Mark Toner said Friday at a press briefing that he was not “aware” of the figure.

“I’m not aware that we have given that figure,” Toner said. “I’m not in a position right now to confirm that.”

Moreover, the department spokesman said that Clinton’s campaign had been citing the figure and directed reporters to instead question the campaign about “the rationale or the background behind it.”

Clinton said during her testimony that the figure came from the State Department.

“We learned that from the State Department and their analysis of the emails that were already on the system,” she told the committee investigating the 2012 Benghazi attacks. “We were trying to help them close some gaps that they had.”

Clinton has endured criticism for months over her use of a personal email system while at the State Department. The FBI began investigating her private server after the inspector general of the intelligence community determined that multiple emails held on the system contained information that was classified at the time they were sent.

Thousands of emails Hillary Clinton generated as secretary of state were not archived as official government records because she used a private email account to conduct State Department business, the State Department acknowledged Monday.

Aides to the former secretary of state turned over 55,000 pages of emails from her personal account to the State Department in December at its request, a department official said.

Clinton’s use of the personal account for work-related emails and the State Department’s effort to gain control over the information were first reported by The New York Times. Clinton did not use a State Department email account, the paper reported.

“Last year, the Department sent a letter to representatives of former secretaries of state requesting they submit any records in their possession for proper preservation. In response to our request, Secretary Clinton provided the Department with emails spanning her time at the Department,” State Department spokeswoman Jen Psaki said in a statement.

The Times story suggested that the private email trove came to light as the State Department worked to respond to requests for information from a special House committee probing the deaths of four Americans in a 2012 attack on U.S. facilities in Benghazi, Libya.

However, a State Department official who asked not to be named said Monday night that the request to Clinton and other former secretaries took place in October of last year and was independent of any inquiries from the Benghazi panel.

Psaki did acknowledge that the set of emails Clinton aides gave to the department recently contained some records relevant to the Benghazi committee’s document demands.

“After the State Department reviewed [Clinton’s] emails, we produced about 300 e-mails responsive to recent requests from the Select Committee” on Benghazi, Psaki said.

This entry was posted in Politics and tagged 2016 Election, Hillary Clinton. Bookmark the permalink.