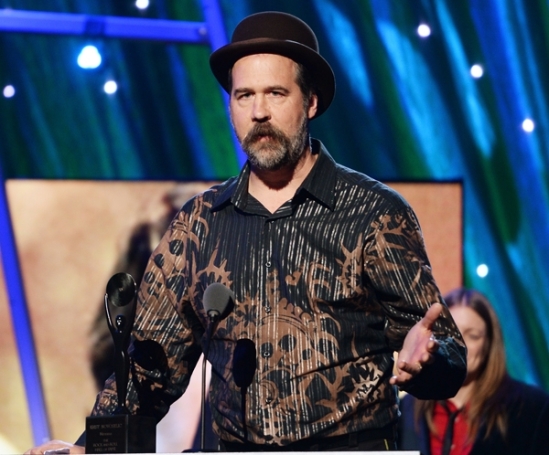 Former Nirvana bassist and political activist Krist Novoselic has voiced his support for Eddie Vedder’s recent anti-war statements in a post on his website. Over the past week, the Pearl Jam frontman has made several comments condemning war in general. When the Israeli media interpreted the statements as referring to that country’s ongoing conflict with Palestine, Vedder posted a statement to Pearl Jam’s website saying, “War hurts. It hurts no matter which sides the bombs are falling on.” Novoselic also interpreted the comments to be about Palestine and Israel and wrote to Vedder, “I stand with you my friend!!!”

No Apologies: All 102 Nirvana Songs Ranked

“The people of Palestine and Israel deserve peace and prosperity,” the bassist wrote. “It is time to stop repeating the same old arguments, dogma and hate speech. It is the knuckleheads on both sides that should be criticized and not the singer from a rock band. In addition, both sides need to make hard decisions about finding a settlement to the catastrophe that is Israel/Palestine.”

For most of his 550-word missive on the subject, Novoselic addressed the decades-long conflict between the two countries. He praised Israel for encouraging religious freedom in its country and acknowledging that millions of Palestinians feel that Israel has displaced them. But he also pontificated on the long-term effects of war, specifically between Israel and Palestine. “[Palestinian] Hamas’ policy of not recognizing Israel is a dead end,” he wrote at one juncture. Elsewhere, he wrote, “You can give any anecdote you want about how small Israel is in comparison to the rest of the Middle East but the sentiment is still there – Palestinians feel that their land was taken away.”

“Our world is connected as never before,” the bassist wrote. “People from all corners of the planet share culture and commerce at the click of a mouse. In contrast to this great convergence of humanity, Israel is building tall concrete walls while Palestinians fire rockets over them. There’s a shared recent history between these people, and I think there could be a shared future that’s more in tune with what’s going on with our ever-connected universe.”

Novoselic compared the conflict to the way Ireland settled “the troubles” of the 1960s in Ireland, and how the “19th Century idea” of Yugoslavia ultimately fell apart. “In both these cases, a resolution of the conflict was buttressed by the promise of the stability needed for prosperity to happen,” wrote Novoselic, who was born to immigrants from Croatia, a country that was part of Yugoslavia until the early Nineties.

“Thank you Eddie Vedder for speaking up for peace in our world,” Novoselic wrote. “Eddie has gotten some criticism over comments he made about the conflict between the Palestinians and Israelis. That situation has been messed up for so long, it is no wonder that even mentioning it is toxic. Let’s face it, the relationship between the Palestinians and the Israelis is a disaster! I don’t know how many times I have heard the same explanations and excuses and it matters not, there is a continuing catastrophe between those two peoples.”

Most recently, Vedder spoke against war at his July 18th solo concert in Portugal, where he also played what he called “the most powerful song ever written,” John Lennon’s “Imagine.” “If you’re anti-war it doesn’t mean you are ‘pro’ one side or the other in a conflict,” he said.