The Space Project comes out on Record Store Day, which takes place April 19.

As of last September — some 36 years after their launch on Sept. 5, 1977 — NASA’s Voyager 1 & 2 space probes were some 12 billion miles from home, easily the farthest man-made objects from Earth. Voyager’s primary mission ended back in 1980, when both satellites provided the closest, most detailed pictures taken of the gaseous planets of Jupiter and Saturn and their moons before continuing outward into space.

But in addition to their planet-photographing abilities, both Voyagers also contain instruments able to record the electromagnetic radiation fluctuations of those heavenly bodies — which means they can pick up what truly is the harmony of the spheres. And since each body — be it an asteroid, Saturn or any of Jupiter’s numerous moons — has a unique mass and elemental make-up, each emits a different “sound.” Spread across seven seven-inch singles to be released on Record Store Day (along with a CD, digital and regular vinyl release), Lefse Records’ The Space Project compilation features 14 modern bands and electronic-music producers who imbibe and ground such cosmic noise into an earthly delight.

For some acts, adding actual “space” to their space-rock is a given. Chilean duo The Holydrug Couple deploys leisurely drums and heavily reverbed guitars and organ in “Amphitrites Lost,” then has the song dilate midway through to allow in the noise of Neptune herself. Former Lungfish member Asa Osbourne’s spare project Zomes embraces the transmissions of Saturn for the haunting and hushed ambient drift of “Moonlet.”

The lineage of artists and composers imagining the sounds of our solar system — think the exotic bachelor-pad swing of Esquivel, the outré transmissions of Sun Ra or the “New World” weirdness of — is vast, and not every conjuring of the cosmos is so reverent. DFA’s Larry Gus pays tribute to the moon Io and fills in all that space with Henry Mancini hi-hats, caffeinated piano lines, krautrock bass and garbled transmissions. And Blues Control weaves and floats in “Blues Danube” like a UFO operator about to get a DUI.

Curiously, The Space Project’s finest moments are its most terrestrial. Beach House suggests not so much the weightlessness of space as the sensation of floating in a warm pond in “Saturn Song.” And space-rock master Jason Pierce and Spiritualized’s “Always Together With You (The Bridge Song)” meanders about before swan-diving into the interplanetary noise of its source. Ever so subtly, it announces: “Ladies and gentlemen, we are floating on earth.” 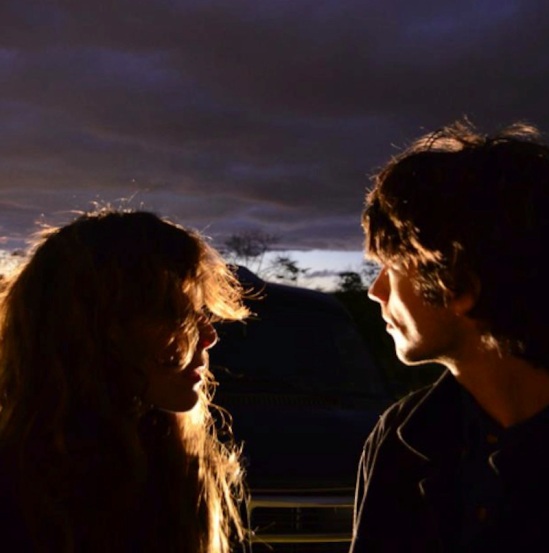 A space-themed compilation album might sound a little nerdy at first glance, but boy does it suit Beach House’s ethereal dream-pop to a T. The Baltimore duo have revealed “Saturn Song”, their contribution to Lefse Records’ The Space Project, a forthcoming LP which was partially recorded using sounds literally culled from outer space.

The collection, which also features The Antlers and Spiritualized, makes use of “electromagnetic radiation fluctuations in the magnetosphere of the planets, moons, and large asteroids the Voyager probes traveled near,” according to a press release. All scientific jargon aside, “Saturn Song” marks Beach House’s first new track since 2012′s lovely Bloom and is as deliciously woozy as Beach House numbers come. Tune in via NPR.

The Space Project officially arrives on Record Store Day 2014 (April 19th) via Lefse Records. For more, check out Youth Lagoon’s “Worms” and Spiritualized’s “Always Forgetting With You (The Bridge Song)”.

Neptune:
A. The Spiritualized Mississippi Space Program – “Always Forgetting With You (The Bridge Song)”
B. The Holydrug Couple – “Amphitrites Lost”