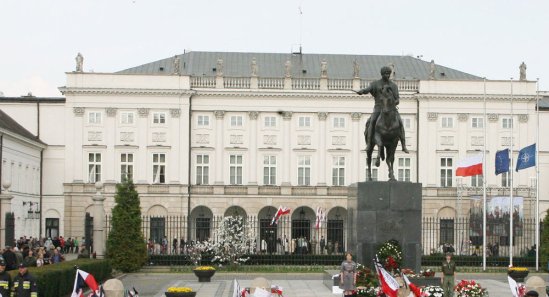 Poland sacrificed the security of millions of its people for the sake of friendship with the United States when Warsaw agreed to host CIA prisons on its territory.

© Flickr/ Justin Norman
Reports Indicate EU Countries Rendered People to CIA for Torture
MOSCOW, December 10 (Sputnik) —Poland put the lives of ordinary Poles at risk when it agreed to host CIA prisons on its soil, Polish Sejm speaker told Sputnik Wednesday.”By making a decision to host CIA prisons on the territory of Poland, Leszek Miller [former Prime Minister] and Aleksander Kwaśniewski [former President] agreed to increase the terrorist threat to their own people. They risked the health and lives of millions of the Poles in the sake of friendship with the United States,” Andrzej Rozenek said.Rozenek’s comment comes after the release of the so-called CIA torture report compiled by the Senate Intelligence Committee, which included more than 500 pages of a detailed investigation into controversial interrogation techniques that were used by the CIA on alleged al-Qaeda terrorists, following the 9/11 attacks on Washington and New York.

Poland, Romania, Lithuania and other EU allies of the United States were deeply involved in the CIA’s “enhanced interrogation” program and rendered terrorist suspects to the US spy agency for torture.”Unfortunately, this is a situation when a gross violation of the Polish legislation is supported by such high-ranking officials as the president and prime minister. The report indicates the absence of democracy and human rights in our country,” Rozenek stressed.

He also expressed hope that “extensive conclusions will be drawn and all those responsible for torture in CIA prisons will be brought to justice.”

Earlier on Tuesday, Amnesty International’s counter-terrorism expert Julia Hall said that the United States and all of the countries that cooperated with it to transfer, detain and torture suspects, have an “international legal obligation to ensure full accountability for crimes under international law, including torture and enforced disappearances.”

According to Amnesty International, Italy, Lithuania, Romania, Sweden, Britain and Poland, which hosted a secret US prison at Stare Kiejkuty from 2002 to 2005, are among the countries that have cooperated with the CIA.