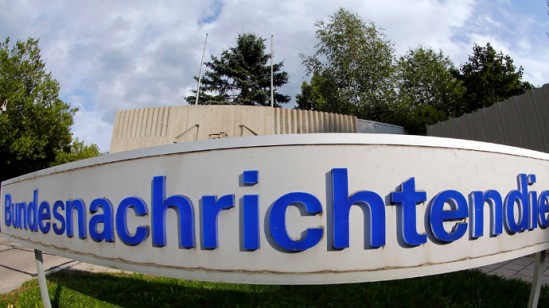 The German BND is not an independent intelligent service but more like a CIA branch, Manuel Ochsenreiter, Editor-in-Chief of Zuerst magazine, told RT. Its so-called evidence on the MH17 tragedy is questionable and contradicting, he added.

RT: German intelligence says they have damning evidence, why didn’t they make it public?

Manuel Ochsenreiter: We shouldn’t forget that the German intelligence service, the BND, is not the “Mercedes” among the intelligent services, it is not an independent intelligence service. It is more or less a branch of the CIA or other American intelligent services. When we [look] back in the history of the BND we see some similar stories. For example, last year the BND claimed that they have evidence that the Syrian government is responsible for the chemical attack in Ghouta close to Damascus. This so-called evidence has never appeared. In 2003 the BND delivered the main witness…named Curveball to the world who was testifying that the Iraqi army, Iraqi government, had weapons of mass destruction, chemical weapons. So we see there is a history of those so-called evidences to support the Western political position. I think we should be now very careful and simply wait if or until the so-called evidence is presented to public. 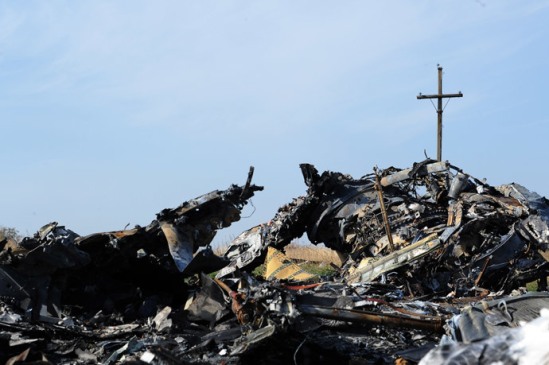 RT: What impact could German claims have on the official investigation?

MO: The investigation is still going on and it is deeply questionable simply to claim that there is now the evidence which proves 100 percent which side is responsible for shooting down the airplane. And we can see this as a sort of PR attempt of influencing the international investigations on the plane crash because the question is, if the BND really has that evidence, why don’t they deliver the evidence to the investigation team? Instead of this, they take care that it becomes public that they might have this evidence. So we can see this as an attempt at influencing the international investigations and to put pressure on the investigators.

RT: Do you think this raises more questions? If this is the case why didn’t Kiev mention the missile system was missing months ago?

MO: The situation is much, much more ridiculous…The point is that the Ukrainian government said in July that no rocket system was stolen or captured by the other side so they said from the beginning that they are not missing any rocket systems. So they already said that it is not possible that the pro-Russian fighters got into power of one of those systems. So how should they use then those systems to shoot down the airplane? We see that…the so-called evidence of the BND is deeply questionable and contradicting the official statements of Kiev, and we know that Kiev is an ally of the West. Here we see the conflicting news I think this is a strong sign how deeply unreliable [it is].

The statements, views and opinions expressed in this column are solely those of the author and do not necessarily represent those of RT. 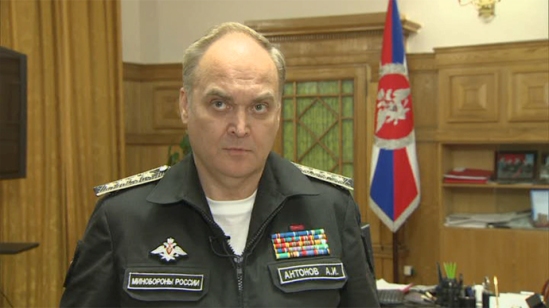 Some Western states and Kiev rushed to find Russian involvement in the MH17 crash having no evidence to back their claims, Russia’s Deputy Defense Minister told RT. He invited Ukraine to answer 10 questions to prove their commitment to an impartial probe.

Speaking to RT, Russia’s Deputy Defense Minister Anatoly Antonov has criticized Western countries for jumping to conclusions just “24 hours after the crash” while there is no evidence.

“They try to show to the whole world that we are responsible for the crash. It is very strange that without any evidence my colleagues from western media would like to find somebody who is responsible for the crash,” Antonov said. “It seems to me that this is part of information warfare which has been started against the Russian Federation and armed forces.”

Instead of using the incident as the pretext for groundlessly blaming one of the sides, the catastrophe over Ukrainian sky should be used as a possibility to restart cooperation to “prevent such tragedies in the future.”

“As for me, I don’t want to use this opportunity to blame anybody. I would just like to raise few questions for my colleagues from the armed forces of Ukraine,” Antonov said. “I hope they try to answer the questions, it will be a good opportunity for us to realize where we are, whether there is a possibility for us to restart cooperation and to find who is really responsible for the tragedy.”

“Answers for these questions could help us find an opportunity to prevent such tragedies in the future,” the Deputy Defense Minister said.

A picture taken on July 17, 2014 shows the wreckages of the malaysian airliner carrying 295 people from Amsterdam to Kuala Lumpur after it crashed, near the town of Shaktarsk. (AFP Photo / Dominique Faget)

TEN QUESTIONS FOR THE UKRAINIAN AUTHORITIES

1. Immediately after the tragedy, the Ukrainian authorities, naturally, blamed it on the self-defense forces. What are these accusations based on?

2. Can Kiev explain in detail how it uses Buk missile launchers in the conflict zone? And why were these systems deployed there in the first place, seeing as the self-defense forces don’t have any planes?

3. Why are the Ukrainian authorities not doing anything to set up an international commission? When will such a commission begin its work?

4. Would the Ukrainian Armed Forces be willing to let international investigators see the inventory of their air-to-air and surface-to-air missiles, including those used in SAM launchers?

5. Will the international commission have access to tracking data from reliable sources regarding the movements of Ukrainian warplanes on the day of the tragedy?

6. Why did Ukrainian air traffic controllers allow the plane to deviate from the regular route to the north, towards “the anti-terrorist operation zone”?

7. Why was airspace over the warzone not closed for civilian flights, especially since the area was not entirely covered by radar navigation systems?

8. How can official Kiev comment on reports in the social media, allegedly by a Spanish air traffic controller who works in Ukraine, that there were two Ukrainian military planes flying alongside the Boeing 777 over Ukrainian territory?

9. Why did Ukraine’s Security Service start working with the recordings of communications between Ukrainian air traffic controllers and the Boeing crew and with the data storage systems from Ukrainian radars without waiting for international investigators?

10. What lessons has Ukraine learned from a similar incident in 2001, when a Russian Tu-154 crashed into the Black Sea? Back then, the Ukrainian authorities denied any involvement on the part of Ukraine’s Armed Forces until irrefutable evidence proved official Kiev to be guilty.

The Ukrainian Security Service has released what it calls “intercepted phone conversations,” which are supposed to prove that Donetsk self-defense forces shot down Malaysia Airlines MH17 flight on Thursday – presumably, by mistake.

The first “conversation” allegedly takes place between – according to SBU’s titles – militia group commander nicknamed “Bes” (“Igor Bezler”) and his alleged coordinator, “Vasily Geranin,” who is titled in the video as “a colonel of the Main Intelligence Directorate of the General Staff of the Russian Armed Forces.”

“Bes” and “Geranin” are speaking about a downing of a jet, without clarifying if it’s a military or a civilian aircraft.

The second “conversation,” which allegedly happens between anti-Kiev militia members – nicknamed “Major” and “Grek” – reveals that the crashed plane was “a 100 per cent passenger aircraft.”

The Western media has picked up the news, despite it being impossible to verify the authenticity of the leaked conversations.

Meanwhile, some alternative media outlets are already accusing Kiev authorities of cooking up a fake.

The commentators point out that the discussion between “Bes” and “Geranin” may well refer to the Ukrainian Su-25 jet, which militia members downed on June 16.

There are also doubts spoken out, that that the unnamed “militia member” from the third tape segment could distinguish “Malaysia Airlines” marking on the aircraft as it was turned into rubble by the crash and fell down in small pieces scattered around a large territory.

RT has managed to contact Evgeny Kruzhin, who is a medic in the militia group accused of bringing the plane down, through his LIveJournal page. He told RT that the fighters nicknamed Major and Grek really do exist, but claimed that they remained in the town of Enakievo when the jet crashed – while the second “conversation” on the tape says that the plane was “shot down from the Chernukhino checkpoint.” Chernukhino is a settlement located some 25 kilometers from Enakievo.

“Therefore, they have no connection to either the plane’s downing, or the examination of the crash site,” Kruzhin stressed.

People stand, on July 17, 2014, amongst the wreckages of the malaysian airliner carrying 295 people from Amsterdam to Kuala Lumpur after it crashed, near the town of Shaktarsk. (AFP Photo / Dominique Faget)

Malaysian Airlines flight MH17 carrying almost 300 people on board crashed on Thursday as it was flying over Ukraine’s Donetsk Region.

The cause of the crash is yet to be established by investigators, although both Kiev and the E.Ukrainian militias deny responsibility and blame the other.

Donetsk militia declared that they simply don’t have the military equipment to shoot down a plane from 10,000-meter altitude, while Kiev said it could not have fired a missile at the passing civilian plane because it had no Buk missile launchers deployed in the region.

Meanwhile the Russian Defense Ministry said that the Ukrainian military has several batteries of Buk surface-to-air missile systems with at least 27 launchers, capable of bringing down high-flying jets, in the Donetsk region where the Malaysian passenger plane crashed.

The Ukrainian military has several batteries of Buk surface-to-air missile systems with at least 27 launchers, capable of bringing down high-flying jets, in the Donetsk region where the Malaysian passenger plane crashed, Russian Defense Ministry said.

“According to the Russian Defense Ministry information, units of the Armed Forces of Ukraine located in the crash-site are equipped with anti-aircraft missile systems of “Buk-M1” … These complexes in their tactical and technical characteristics are capable of detecting air targets at ranges of up to 160 kilometers and hit them at full altitude range at a distance of over 30 kilometers,” the ministry’s statement reads as cited by Ria.

Later it added that a Ukrainian Buk anti-aircraft missile battery was operationalin the region and deployed at a site from which it could have fired a missile at the airliner.

Debris is seen at the site of Thursday’s Malaysia Airlines Boeing 777 plane crash near the settlement of Grabovo, in the Donetsk region July 18, 2014 (Reuters / Maxim Zmeyev)

On Thursday, when a Malaysian Airlines plane was apparently shot down over Ukraine, a Ukrainian Buk anti-aircraft missile battery was operational in the region, the Russian Defense Ministry said, contradicting Kiev’s statements.

The battery was deployed at a site from which it could have fired a missile at the airliner, the ministry said in a statement. It said radiation from the battery’s radar was detected by the Russian military.

“The Russian equipment detected throughout July 17 the activity of a Kupol radar, deployed as part of a Buk-M1 battery near Styla [a village some 30km south of Donetsk],” the ministry said in a statement.

The ministry said the radar could be providing tracking information to another battery deployed in the region, which was at a firing distance from the plane’s flight path.

Earlier Kiev said it could not have fired a missile at the passing civilian plane because it had no Buk missile launchers deployed in the region. At the same time the Ukrainians said the militias had no Buk systems in their hands, according to a statement from the country’s Prosecutor General.

After the Russian ministry came out with the statement, Bogdan Senyk, a spokesman for the Ukrainian Defense Ministry reiterated Kiev’s position, saying that “anti-aircraft missiles have not been deployed during the anti-terrorist operation … they are all in place.”

The south-east of Ukraine remains the scene of heavy fighting between Kiev troops and the militia, who refuse to recognize the regime change in Kiev and demand federalization.